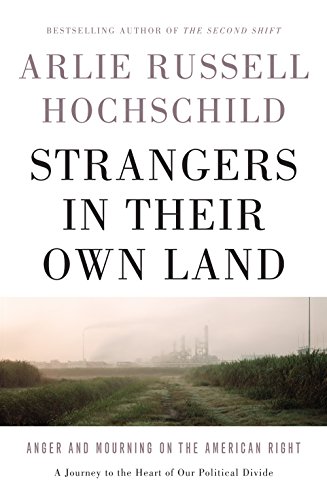 My brother and his wife gave me Arlie Russell Hochschild’s book, Strangers in Their Own Land: Anger and Morning on the American Right, for Christmas. I’m on chapter 3.

For five years, sociologist, Hochschild, spends time rubbing shoulders with people who hate the government. She experienced them largely as Tea Party members but it’s a good bet if they voted in the last election they voted for Trump.

I like that she is trying to get inside the heads of people with whom she disagrees. She is concentrating on understanding people by examining not only their points of view but their emotional life about these points of view.

It looks like she’s going to spend a lot of time talking to people in Louisiana about environmental problems and their support for deregulation. She describes the environmental problem as a possible “keyhole” into understanding how the American right has come to its ideas about its positions on other issues.

So far, it’s an easy read and is definitely intriguing to this libtard.

I got up yesterday morning with the idea I could prepare something for breakfast for everyone to eat. We were out of eggs. Unfortunately blueberry muffins required eggs and it took me forever to find the muffin pan. Eventually I realized that we have tons of food and that people could figure out something to eat.

It wasn’t too long before I walked to church. Eileen decided not to attend with me. We had  about fifty people including my colleague, Rhonda, and her entire fam (husband, two kids). Rhonda and fam had apparently just returned from an extended family Christmas in Florida. She had arranged for a substitute organist before she realized that she would be back in Holland for Sunday. She and her husband decided to attend Grace. It was nice to see them.

Yesterday was the last time our present old organ was scheduled to perform in public. It will soon be disassembled and removed. If we can’t get someone to take the remains after we cannibalize (recycle?) some pipes to interested parishioners (including yours truly) most of it will probably find its way into a dumpster somewhere.

I anthropomorphize stuff in my life.  The crappy organ at church is no exception. Although I’ve never been attracted to it for its sounds, I have enjoyed playing organ at Grace quite a bit. Sometimes I imagine that the old organ also enjoys the chance to  play the excellent music I practice, learn and perform.

All my life, I have, for the most part, performed on inferior organs. I haven’t chaffed against this too much. I needed to make a living and the Roman Catholic church offered the most possibilities of a living wage for me. It is a rare Roman Catholic church with a fine pipe organ. Hell, it’s a relatively rare church with one in the USA. But hopefully our little Episcopal church in Holland will become one this year.

Since my piano trio has agreed to help out with Sunday Eucharists in the basement, I had the idea that maybe I could find a piece for this Sunday that would be in the same key as the closing hymn and share some motivic material with the hymn.

You may or may not recall that I had already chosen a Scarlatti sonata that fit the bill. By googling for Bb major baroque violin sonatas, I was able to find something. A baroque violin sonata would also include cello on the bass. We routinely play these as a trio for fun.

“O love, how deep, how broad” is our closing hymn. It wasn’t too difficult to find a relatively easy Vivaldi corrente that began in a very similar way to the hymn.

You can see here how the two relate. First the hymn tune.

And you can hear it, I think. And as you would expect, like most Baroque composers Vivaldi spins this little motive out through the entire dance movement, including logically using the exact same little melody in the logical different key of F major in the second section of the piece.

I emailed Dawn the cellist and Amy the violinist with pdfs of this music. I haven’t heard back from them, but I am hopeful that Amy won’t be too averse to working this up for Sunday.

This is a blog post that I found comforting. The author is Parker Ramsey, a grad student at Julliard who is also a working church musician. He is also madly planning the next semester of choral music. I haven’t finished the article but plan to peruse it for stuff to steal for my semester. 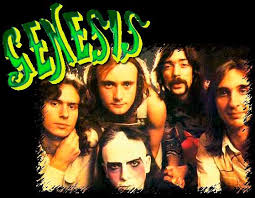