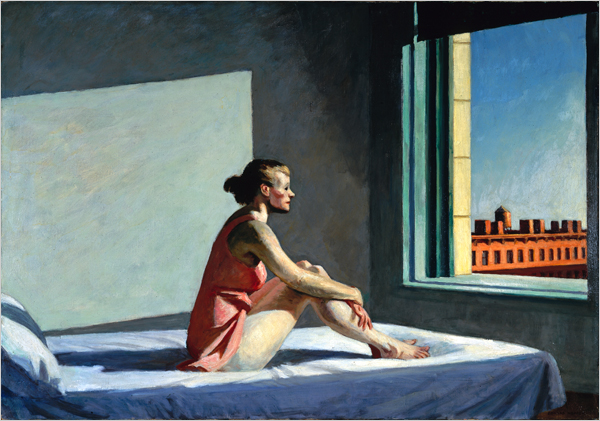 Fridays and Sunday afternoon usually find the introvert in me sort of wrung out. Today is no exception. It may strike you as odd that I think of myself as introverted since blogging like this is so exhibitionist. Heh. But the intervert part is only one part and it is the part that needs solitude and probably a big part of the creator in me.

Last night after a nice meal at our favorite local Mexican restaurant, Margaritas, (my brother’s treat, thank you again Mark), during my choir rehearsal Mark drove over to see Mom at the psych ward. He reports that she was very interested in the next step of her life and since that was a large part of Mark’s purpose in visiting he seized the opportunity and brought her up to speed with the plan. Apparently it’s not too much of a stretch for her to accept moving directly from the psych ward to a local combination assisted living/independent living facility. That’s good.

At choir last night we worked for forty minutes or so on Sunday’s anthem, “Crucifixus.” The choir was very shakey at first. It was fun to have an accompanist and be able to just stand and sing. On the other hand I was scrambling to help the singers prepare to do a credible job.

We had a new member last night. A local college freshman. She mentioned that she had seen one of my posters in the student union. This is the second year I have put up posters in the fall. I totally felt it was an exercise in futile overfunction. But of course that is such a large part of my life style anyway, so fut the whuck. But if I attracted one more singer with that sort of poster it was well worth it.  I also think the our new member received encouragement from parishioners who are also teachers at the college. Very cool.

The retired English prof in the choir continues to invite us to his home after rehearsal and that is working out quite nicely I think.

I was stressed last night during rehearsal, trying to help the choir be prepared and understand the direction my boss and I are leading the community. For the most part they are willing if not enthusiastic to get on board. The biggest innovation we are doing this year is putting the three services of the Triduum into one bulletin. This always turns into teach moments and last night was no exception.

The great liturgist and teacher, Marion Hatchett, is apparantly lieing on his deathbed right now. I can’t help but think that what we are doing with Holy Week shows fruition of his efforts (along with many many others) to reform the prayer of liturgical Christians.

So anyway I am assuaging my introvert wounds with homemade biscuits and blueberry jam this morning.  I just took the biscuits out of the oven. Mmm mmm.  Cooking to Takemitsu’s “Rain Coming” this morning. That seems just right.