I tried to cobble together a meal for Eileen and me last night. I love to cook, but haven’t done a whole lot of cooking recently probably due to my relentless Fall schedule.

Eileen’s boss gave her some tomatillos. I’ve been meaning to make some salsa with them. So I built a little meal around salsa verde. Picked up some chicken breast, Spanish rice mix, fajita seasoning, local flour tacos, tortilla chips, fresh local salsa, limes, avocados and a couple of Jarritos. 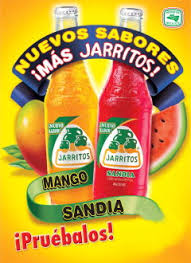 Came home and peeled the tomatillos. I put them and a lot of garlic in the oven. Cooked up some mushrooms and onions. Fixed the chicken fajitas. Warmed the flour tortillas in the oven. Prepared the spanish rice according to the directions on the box. 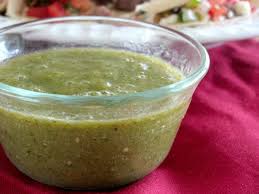 My salsa verde turned out to be kind of runny and dominated by lime. I went easy on the suggested cilantro since Eileen doesn’t go too much for that taste. Next time less lime. I sliced the avocados and served them on the side (for me, Eileen doesn’t really like them).

I have to decide what anthem to begin teaching my Kids’ Choir this evening to sing on All Saints. I only have two rehearsals with them since Halloween is the Wednesday before we celebrate All Saints.

I have long admired Ned Rorem’s simple setting of the text, “Come pure hearts.” It would be a great choice for them for All Saints. It’s from “Four Hymns” by him and is out of print (this makes me crazy, that the good stuff is not accessible legally).  It’s also found in the Episcopalian Hymnal Supplement, Hymns III (pictured above). I think it would sit nicely in a cello/viola/keyboard transcription to accompany unison singers. But I think it might be too hard for my kids to learn quickly. 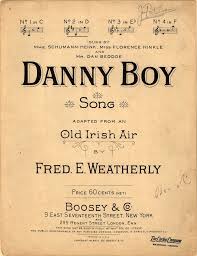 Instead I’m thinking seriously of using a composition that sets the text, “We are the Lord’s” by Karl J. P. Spitta to the melody called Londonderry Aire.

I have seen many anthems over the years that use the tune Londonderry Aire.  I have never been able to bring myself to use one because I hear the sappy  song, “O Danny Boy,” so strongly in the melody. And there’s the inevitable pun.

But I’m leaning strongly towards this for the kids. It’s a very singable melody even if they have never heard it. I can use it to continue to develop their range and vocal sound. I only had two children Sunday but I swear both of them sang the high E in the anthem nicely when it occurred. This anthem dips into the lower range of the child’s voice which is something I try to treat gingerly or avoid entirely. It covers a range from low A (!) below middle C to that high E.

I also considered a setting of the Te Deum.

The church owns multiple copies of a Healey Willan collection.

In it there’s a lovely simple shortened setting of the Te Deum it which would make a great Kids’ Choir anthem for All Saints.

Despite my own predilection for using Willan in an Episcopalian setting,  I think the time constraint points to the derriere song.

Rothko is a favorite of mine. Interesting article about why the dude did what he did.

On Display, a Spiegelman Mural – NYTimes.com

And then there’s Art Spiegelman, another artist/writer I admire. 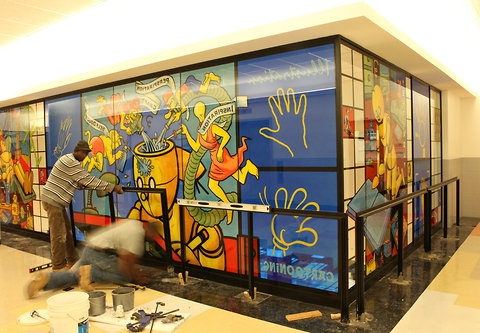 ‘Who I Am – A Memoir,’ by Pete Townshend – NYTimes.com

Townshend was on the Daily Show Monday evening. Eileen and I watched the recording last night. I had read this review during the day and am attracted to reading this book.

And Now for Something Completely Literate: A Memoir From John Cleese – NYTimes.com

Another book review. Haven’t read it yet.

Moving story about some elderly gay men looking back in sorrow but not anger.

A friend of mine on Facebook put up a status asking what people thought about allow researchers access to death statistics. I didn’t respond, but I lean towards as much transparency as possible. One of the commentators on this article suggested simply omitting the social security numbers from the information available.