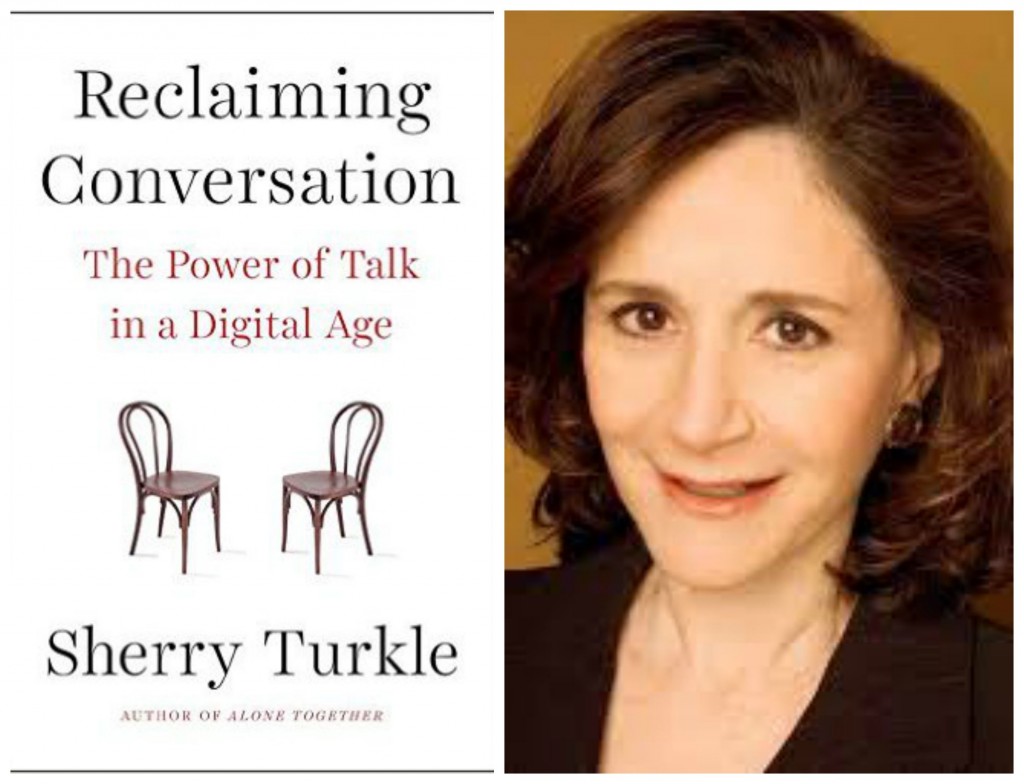 Alone Together: Why We Expect More from Technology and Less from Each Other (2011) arrived recently. I have read the author’s introduction and am 13 pages into it and am hooked.

Turkle is a clinical psychologist as well as founder and director of the MIT Initiative on Technology and Self. She has written two other books that look interesting.

The Second Self: Computers and the Human Spirit (1984). The title is a tribute to Simone de Beauvoir’s book with the same title. and Life on the Screen: Identity in the Age of the Internet (1995).

Turkle seems to be in running commentary with what’s happening to our society in the last few decades.

I closed yesterday’s blog musing about the lack of depth in so much of what passes for converation and thought online. Turkle is doing research and thinking about this as well.

From notes on my morning’s reading in Alone Together (written in 2015):

“I leave my story (Alone Together) at a point of disturbing simmetry: we seem determined to give human qualities to objects and content to treat each other as things.”

“I believe in our culture of simulation, the notion of authenticity is for us what sex was for the Victorians–threat and obsession, taboo and fascination.”

“Authenticity, for me, follows from the ability to put oneself in the place of another, to relate to the other because of a shared story of human experiences: we are born, have families, and know loss and the reality of death.”

Some thinkers (notably David Levy author of Love and Sex with Robots 2007) seem “to celebrate an emotional dumbing down, a willful turning away from the complexities of human partnerships—the inauthentic as a new aesthetic.” Speaking of an elderly woman estranged from her son and petting Paro the therapeutic robot:  “In attempting to provide the comfort she believes she needs (to the robot), she comforts herself.”

One dude made believable forgeries of Pollock and Rothko. He was never identified, but somebody is big trouble now.

I would be interested in hearing stuff by this guy. Recently I played Schumann’s Study after a Caprie of Paganini which is not even mentioned in this review. It’s a marvelous piece and I said before that it demonstrates how a virtuosic piece need not be empty display.

Is this cool or what?

Why am I surprised that McCain is contributing the misinformation around this story? Very frustrating.