Finished the contest version of my composition  “Dead Man’s Pants” yesterday. I would like Eileen to look over it for anything that looks weird but am not sure she will have a chance. I should mail it today.

Also spent some time prepping for my meeting with my boss this morning. She is looking for ideas on how to tie Lent together this year. I went through all four volumes of the Episcopal Hymnal (Hymnal 1982; Wonder, Love & Praise, Lift Every Voice and Sing II, & Voices Found). I found some stuff but nothing that I am sure she will want to use. I also reviewed the readings for Ash Wed and the five Sundays of Lent.

This morning I want to glance over what we did last year.

At Ballet Class my improvisations seemed to be better than usual for the first two hours. At its best improvising seems to allow me to enter into the present moment in a unique way. However, in the last half hour the students were struggling with a particular exercise. It involved crossing the floor and doing challenging moves while wearing the dreaded pointe shoes which makes dancing incredibly difficult. The teacher kept slowing the music down. That made it more challenging to me to be creative and continually adapt the tempo. I began to feel a bit bogged down. Oh well. Sometimes you eat the bar, sometimes the bar eats you.

Last evening a vocal teacher from Grand Haven High School showed up unannounced with music scores for me. 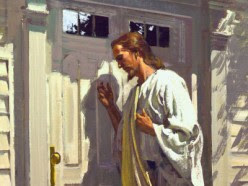 I was a bit surprised to see him. I have been emailing him for a few days and was thinking I would have to get more aggressive about contacting him today.

I am afraid sometimes people think I am available at all hours of the day. That’s why I protect myself with a good answering machine and guard my privacy. I like to think there are times, I’m not really open for business. Other times I make a point to be available.  And I try to return any communication, phone call or otherwise, within 24 hours.

I didn’t ask the teacher in. He seemed to want to have a conference about scheduling rehearsals in Grand Haven next week. I told him I would email him and he readily agreed. I already have done so this morning.

I try to make other people’s lack of planning and foresight their own problem not mine. Usually people are so unconscious of their own behavior that they don’t even notice it when I do this. And of course I try to be diplomatic but not allow their lack of self awareness to affect me.

Last night I dreamed I was playing harpsichord and marimba dangling from a precariously improvised balcony.

The instruments kept slipping off. I would grab them and dangle and watch hinges bend with my weight. I wasn’t the only one on the platform. We were all accompanying a play that was happening at the front of the auditorium.

I managed to get myself down at one point and told the organizer (who seemed to my priest) that I wasn’t going back up. She and many others seemed disappointed in me. Still haven’t listened to the State of the Union. Have decided to make an MP3 of it and put it on my player. That way I can listen to it.  Here’s a link for what it’s worth to the Youtube version.

The State of the Union – NYTimes.com

This is the NYT’s editorial about the State of the Union message. I have bookmarked it so that I can refer back to the programs and ideas that the President proposes. 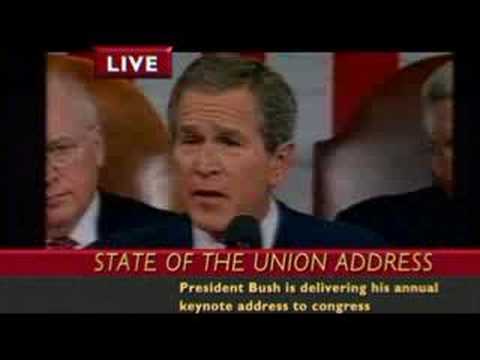 A lot of the time, I have noticed that the grand ideas in a Presidential State of the Union get quickly forgotten, much less acted upon. I know Obama was out pushing his message yesterday in Wisconsin. Nevertheless, I want to have a record of what he said on Tuesday and the NYT editorial is a sympathetic list of his intentions.

The prudishness of the USA is an interesting thing to view from abroad.  This article contrasts the reception of an artist’s legacy between an important US museum, the Smithsonian’s National Portrait Gallery, and the excellent Tate Modern in London.  Both of these are national galleries. The artist in question, Wojnarowicz, whose work seems mildly controversial to me.

The Smithsonian quickly capitulated to conservative political pressure to drop his work. This actually worked out pretty good because US regional galleries who were ignoring the work picked it up.  In Great Britain, where the galleries are much more nationalized and under government funding and control, the article describes how rare this kind of pressure is.

The Minimalist Makes His Exit

THE MINIMALIST – Frosty the Vegetable – NYTimes.com

Mark Bittman, a food writer for the NYT, is stopping his “Minimalist” column.  I found his article about this pretty interesting. I also bookmarked an old article that he wrote about turning to the frozen food section in winter for better tasting vegetables. I think I’m gonna try a bit of that.