After my postlude Sunday a choir member asked me when Purcell lived. I didn’t know his dates right off. Another choir member volunteered in the 17th century. I said it was easily determined by a quick phone google. (1659-1695)

For my postlude I had played the above “A New Scotch Tune” and the  “A New Irish Tune” below. I treated them like paired dance movements in suites adapting them a bit for the organ. I added repeats to the sections of both, playing them in succession with repeats, then repeating the “Scotch Tune” without repeats. I thought it made a charming match to our Purcell anthem for the day.

My choir member had apparently asked the dates of Purcell because he was under the impression that folk dance melodies which Purcell was imitating did not exist that early in history. I assured him that folk music and dances had been around a long time.

I found that an odd but interesting assumption. 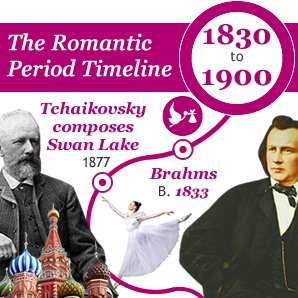 I had a little time to myself last night while the fam was still in Whitehall visiting the Hatch branch of the family. I made myself a martini and  read the paper online. For music I put on a Kurt Weill playlist to relax.

I am finding the preponderance of popular music I run across these days insipid and boring (like my reaction to many movies). I must be getting old, eh? I still like popular music of course. It may be my natural music language.

However this morning I read this line in Rollin Smith’s bio of Louis Vierne (It’s actually Vierne speaking. His autobiography is contained in this volume in its entirety):

When I read that sentence I was reminded of the sameness of much popular music. It does have a bit of a “imprisoned” feel to me.

On the other hand, my ballet improvisations are often identifiable as popular in musical language or actual genres due in large part to their simple harmonic progressions and use of rhythm.

Chatting online and trading pictures with others:

“What the fighter did not know was that buried in the code of the second photo was a particularly potent piece of malware that copied files from his computer, including tactical battle plans and troves of information about him, his friends and fellow fighters.”

Lights Out in Nigeria – NYTimes.com

Novelist, CHIMAMANDA NGOZI ADICHIE, writes about the trials and tribulation of procuring working electricity in Nigeria

Why Judges Tilt to the Right – NYTimes

The higher in the system, the easier to choose ideologues, I guess. At least that’s what I got out of this article.