I have been doing a lot more lazing about in between my scheduled commitments. Mostly reading. I am practicing organ less. Upcoming music is not terrible challenging. I continue to replay my way through Schubert piano sonatas.

This morning I managed to sleep in until around 7:30 AM. This must be a recent record. Consequently I seem less verbose this morning and am putting up a “no thank you helping” of a post.

The postlude tomorrow is by Matthew Locke, namesake of my daughter Sarah’s partner in England. 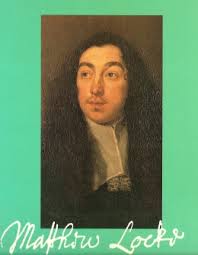 I’m hoping they are related. I chose it because it’s pretty easy and sort of matches the choral anthem by Thomas Thomkins. Both British and lived with a hundred years of each other. Tenuous I know but there you are.

I just checked and I still own three vinyls of Soft Machine. But none of them have this guitar player on them.

It’s been awhile since local yokel Erik Prinz has been associated with Blackwater. Hell, it’s not even called that anymore. But still when it surfaces I am reminded of the evil floating just below the surface in places like good old Holland, Michigan.

Media manipulation being used by Syria taught to them by Iran. Same dude “spontaneously” appearing and being interviewed in multiple news reports.