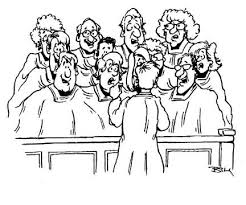 The choir sounded good again yesterday at service. I think I have actively interested the group in producing their voices better, blending and singing pure vowels.

I also was pleased with my performance of the two Schubert piano sonata movements. I had done some seriously thinking and rehearsing of both of them which came to some pretty good fruition from my point of view.

I listened to others recorded performances of both of them and was surprised at the liberties other performers took with the written dynamics. Schubert seems in both of these movements to distinguishing between moving gradually and suddenly between loud and soft.

In one passage that I heard a distinguished performer perform, repeated sections were treated as strict echo passages, that is playing the second section softer than the first. Interestingly, Schubert notated the “echo” passage with diminuendo which utilized the repetition in a less obvious way and in my opinion was sort of charming. So instead of repeating the passage as an echo, the  repetition faded away.

Pages of the Allegro I played for the postlude were loose in the book. I asked Eileen at the last minute to turn pages for me in case they were to fall as I was playing. She did so admirably. But at one point she reached over in front of me (wearing her choir robe) and covered the section of the keyboard that I needed to use. I had to pause and tell her that she needed to move her arm so I could continue.  (smile) It was a funny moment.

Parishioners paid a bit more attention than usual to the postlude. One plopped down next the piano. There was scattered applause afterwards (much appreciated).

As far as I could tell none of the music professors paid it the slightest attention. Whippy skippy.

I told Eileen that in order to perform well I had to rid my mind of my petty professional jealousies and awareness of my outcast status with this group. The music is most itself in my opinion when it is performed live for listeners. I wanted to purge it of any thoughts other than the musical statements I was making. It’s harder to do with professional musicians in the room, but actually it’s something I have had to do for years dating most onerously back to my work as a grad teaching assistant at Notre Dame (where creepy profs would be sitting in attendance and judgement on my work in the weekly chapel services). 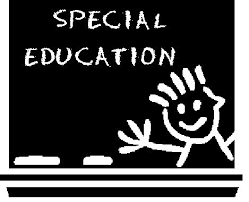 How one thinks when one plays is so critical to the excellence of the performance.

There was one section in the postlude that was just beyond my ability to learn in a week. I adapted it by leaving out a couple of octave doublings. I worked that section over quite a bit in my prep. Interestingly when I performed it, I barely noticed the section. What struck me most was how quickly it had passed after (literally) hours of prep on it. Heh.

But I walked home satisfied with my performance. 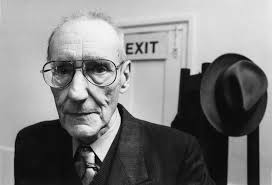 Rub Out The Words: Letters from William Burroughs | Online Only | Granta Magazine

I’ve read and enjoyed Burroughs since I was a kid. He died in ’97.

What happened when he went to the store for bread

I seem to have found a new poet in Alden Nowlan. I inter-library loaned a few of his books yesterday.

It looks like I may have finished a rough draft of the song I have been working on. 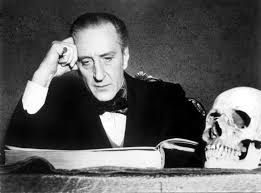 The working title is “Deja Vu All Over Again.” I have a secret performance at LemonjEllOs coming up.

I was hoping to have a version done by then. I have a recording of it started and will put up an mp3 of it soon.

I find it interesting that I continue to return to the form of the pop/rock song (what I call my bad Paul Simon). I spend so much of my time with “serious” music: Haydn, Jazz, Bach, Brahms, whatever. I don’t really talk to anyone who likes this kind of music. Instead the people I know are familiar with popular styles. I like popular styles as well.

I have been thinking of writing some instrumental pieces this summer. I listened to a couple of movements of my “Suite for Five Instruments” recently and wished that I had a better recording of this piece. I am proud of it. It probably represents an essay on my understanding of musical styles. It’s a hodgepodge of erudition and silliness. Erudite because it follows suite dance movements including a cleve(I think) treatment of the idea of the prelude. I have the piece actually begin with what sounds like typical tuning and have it set-up so that tuning devolves into what sounds like noodling and then gets louder and louder and pops into a dance prelude movement.

It’s kind of a pun on the idea that lutenists developed the free prelude idea to check on the intonation of an upcoming key. There are also some very interesting French harpsichord free prelude pieces by Louie and Francois Couperin that I perform.

Silly because the theme for the slow movement is actually a very slow version of Popeye the Sailor Man.

It’s also just got silly stuff going on in the piece.

But I wrote it years ago and don’t know the requisite musicians to perform it again. That would be an oboist, flutist, guitarist, cellist and me on harpsichord.

I continue to work on my Jazz Piano text. I have a dinner gig on Saturday at which I will play some from the Real Books of the Jazz People. An acquaintance of mine is getting ordained as a Roman Catholic priest Saturday. He hired me to play for his dinner reception.

We used to work side by side at a local Catholic church. I was surprised he called me. Haven’t heard from him for years. It will be a little blast from the past as people I know in the Catholic church will be there and lots older and more successful. heh. Hairy old Steve will be alternating between guitar and piano in the background. I guess I won’t sing. heh.