I finished Zuckerman’s Rewire yesterday morning. He combines sophistication about emerging global connectivity with an educated point of view. I say it that way because his combination is one I admire but fail to run across in many here in Holland. Some are educated and even pretty well educated. But they seem to have little interest in the world beyond their own little parameters. Others revel in the tech especially the phone tech, but are unsophisticated about larger contexts of history and understandings of ideas and art. Zuckerman’s combination is one I admire. My daughter Elizabeth (and her partner/husband Jeremy) share Zuckerman’s combination of sophistication and education. Elizabeth gave me my ebook copy of this book which I read.

I’m not going to review it this morning. It is an important read for anyone interested in what Howard Rheingold calls “the rolling present” or even the rolling future as it unfurls around us.

Again, big thanks to Elspeth for my copy of this book!

Marian Williams sings in the “surge” or “Doctor Watts” style in this video version. Christopher Small mentions it in his book Music of the Common Tongue: Survival and Celebration in African American Music.

I love it that I could spotify the album Small cites, “The Gospel Sound,” in its entirety. 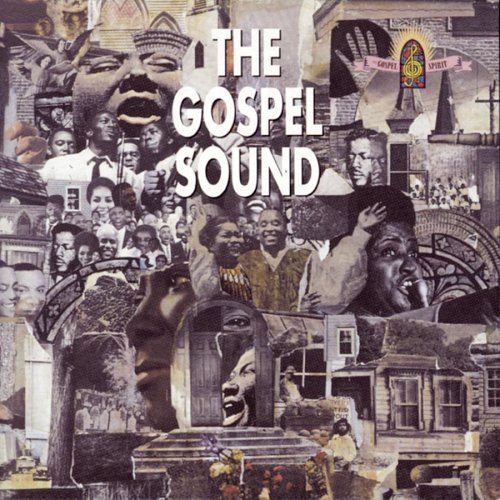 I’m not sure the YouTube Video is the exact same recording as the one on The Gospel Sound, but it is the style to which Small alludes.

This is an interview in yesterday’s NYT. Stritch has some lovely wisdom.

She recently moved from New York to Birmingham, MI, a posh suburb of Detroit. When the interviewer asked if she missed New York she replied,

I don’t miss places. I really don’t. I get up in the morning, the sun is out, I’m a happy clam. I’m not unhappy because I’m not in this bedroom or that bedroom, or this living room or that living room. I’m going to make it work wherever I go.

What music dancers choose to choreograph always interests me. Music for Jupe to yadda yadda.

Yesterday in her homily, Rev Jen (my boss) alluded to the fact that Anna was 84 years old when Jesus is brought to the temple. She said it reminded us of the importance of the elderly in our midst. Frank Bruni is not 84, but he is reflecting on getting older:

[As we mature we know] for everything that’s been taken from us, something else has been given. We don’t move as nimbly as we did. But we manage our emotions with greater dexterity. Our energy may be diminished. Our use of it is more prudent. We’re short on flat-out exuberance. We’re long on perspective.

Scribbling in the Margins – NYTimes.com

An arrogant professor caught writing in the college library books… in ink! I write in my own books, but never someone else’s.

So Percussion performs “It Is Time” by Steven Mackey – YouTube

A link to a performance by a composer that Eighth Blackbird performed the other night. Still spending time at the piano with Ligeti myself.

A Violinist’s Triumph Is Ruined by Thieves – NYTimes.com

This “art crime” of stealing a Stradivarius begins with using a stun gun on a performer.

Justice Dept. Starts Quest for Inmates to Be Freed – NYTimes.com

It would be lovely if America looked in the mirror and understood its “New Jim Crow” of using prison and post-prison laws to repress our African American citizens.

Movies and tunes for Jupe to check out in this obit. I remember “Mondo Cane.”

Some interesting advice to President Obama from the right.

We Are Giving Ourselves Cancer – NYTimes.com

Today’s political opposition to a path to citizenship is out of sync with democratic principles, historical practice and the vast majority of public opinion

How We View and Experience Faith – NYTimes.com

Letters about a recent article. I liked this quote from clinical psychologist, Elizabeth L. Benjamin.

Suicide bombings, denying civil rights, exporting fear and loathing to other countries, bombing abortion clinics, “honor killings,” elimination of accurate science in education — these are examples of toxic behaviors with broad impact that have been justified by religious faith.