Before going on vacation, I read an email about some dissatisfaction with my work at church. I misremembered this as being sent to me by my boss, when in fact it wasn’t.  It sort of cast a slight cloud over my attempts to relax. When I mentioned some of these comments yesterday in our meeting, she insisted that she had not said that to me in an email. I checked online as we were sitting in our meeting and sure enough she was right, it was someone else.

That was a relief.  Family systems calls this kind of anxiety generating behavior “hit and run.” They are parting shots one receives as a jolt from people behaving badly. I was glad that my boss was not the one who delivered this one. 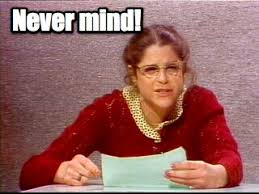 Family systems also came up when we were discussing a little burst of controversy that arose while I was gone. It’s not related to my work particularly but when I pointed out to my boss that it’s never the content of the controversy that is the heart of the matter, more the anxiety and reactivity, she smiled and thanked me for the reminder saying that she had forgotten that little notion temporarily but it did apply.

My trio rehearsal was delightful. We read all the way through Mozart’s first piano trio. We rehearsed under tempo which satisfyingly allows parts being read to interlock in coherent and (in Mozart’s case especially) beautiful ways. Very satisfying.

Then off to give a lesson to my one piano student.

Also managed to pick a postlude for Sunday. My boss and I strategized a bit and decided to change this Sunday’s prelude to an instrumental version of the new “Holy holy” I am teaching the congregation this Sunday.  This allows me another week to rehearse the Shostakovich prelude and fugue I was thinking of doing.

I even managed to pick a few choral anthems for the impending season.

Eileen and I went to our favorite Mexican restaurant last night (Margaritas).

Today I face my first dance accompaniment class at Hope. I don’t feel too anxious about it, but I did have a funny anxiety dream last night in which I was late for this class because I couldn’t find the right clothes to wear. I kept asking for people to help me find my clothes in the dream but they were too busy. Earlier in this same dream a colleague of mine dropped by to visit. He was a man I respected a great deal when I knew him in Detroit. In the dream he admitted that he was no longer practicing music. Instead he was involved with administrative details. He left without saying good-by before I was able to talk to him about all I wanted to. Dreams. Go figure.