The  offertory hymn this morning at my church is “Just A Closer Walk with Thee.” I was thinking about this hymn and the various versions of it I have heard and performed yesterday.

I quite like Dave Van Ronk’s rendition on this record.

I still own the vinyl of this one.

My fondest memory of a performance of this song took place in a downtown Detroit church, First Presbyterian. First Pres was a very prestigious church in its heyday. The tradition was that one of its pastors penned the vigorous hymn, “Stand up, stand up for Jesus.”

A quick google doesn’t seem to bear this out, but no matter.

It had a huge square sanctuary that had wooden floors and pews and a wrap around balcony.

The organ was a fine old Cassavant-Frere. It was the largest organ I was every in charge of. Five or six manuals and zillions of pipes. The pipes were hidden behind a facade at the front of the church. One could climb around inside the three stories of pipes something I did do on occasion.

The offertory of the service was usually an organ solo followed by the singing of “Praise God from whom all blessing,” what is sometimes called the Doxology.

The historically upper-class white members of the congregation had long since fled to the suburbs. What remained was an interesting mix of urban peoples including a group of mentally impaired men who sat together at service.

After the organ offertory solo, I would play a strong introduction to the “Praise God” and the congregation would stand and sing. 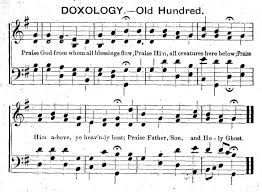 One day the piece I had chosen to play for the offertory involved a pretty substantial crescendo. The minister later informed me (for the hidden console of the organ prohibited me from seeing the congregation) that the entire section of impaired men dutifully stood up when the organ got loud fully expecting to launch into “Praise God from whom all blessing flow.”

I remember that two of the impaired men were twins. The were rather tall and both of them were blind. Many of these men had jobs and were relatively self sufficient. I remember that one of the twins was named Teddy and he played the harmonica.

I noticed that there were a quiet set of pipes that invariably seemed to stick and not release properly. This only occurred on the Doxology. I mentioned this to the pastor once and he said, “O, that’s probably Teddy. He plays harmonica along with the doxology from his pew.”

I got to know Teddy after that. I convinced him one Sunday to join me at the offertory and play a version of “Just a Closer Walk with Thee” with me on guitar. 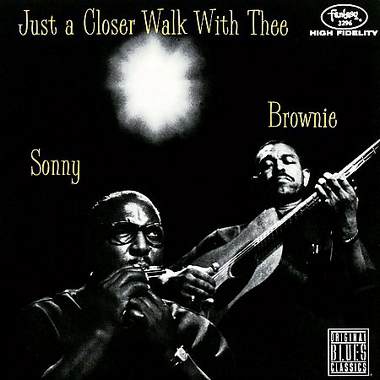 At the time this was a pretty radical step for this still uptight downtown Detroit church.

Teddy and I sat next to the minister who was appropriately seated in the center of the platform and gently played.

As I say it’s a fond memory and colors my thinking about the song.

Eileen thought this sounded good. Me too. However I’m not sure any recipe calling for a pound of butter can lay claim to “healthy.”

I entered a drawing for an Ipad yesterday. Second prize was an Airturn Music reader. I hadn’t seen one of these before. Cool. Except you have to have a fairly large laptop for it to work. My netbook is too small.

Remarks by the President | The White House

Charles Blow explains why the current political climate is like the movie, “The Fifth Element.”

“This is the second time in six months that lawmakers have voted to cut funding for programs to prevent nuclear terrorism.”