Recently, my granddaughter, Alex, was streaming to her kindergarten class sitting in my chair. The teacher remarked that there seemed to be a lot of books in the background. Apparently, Alex piped up that it was a house of books.

Today we ended not using the piano trio as scheduled. The violinist had to quarantine at the last minute because she had been exposed. I text the cellist to stay home. I went in and played some cool Bach for All Saints instead. It was probably a bit more festive than what we had planned but not as elegant. We were ready with some movements fro m the Bach violin sonatas which i think are amazing. Oh well. Maybe next time.

Maxine Greene is my flavor of the week philosopher/writer. She sort of a counter balance to Harold Bloom (both are deceased). Where Bloom has a clear idea of what the canon should consist of in Western Literature, Greene has a clear and larger embrace of the riches of Western literature and ideas which would include Bloom’s but goes further. 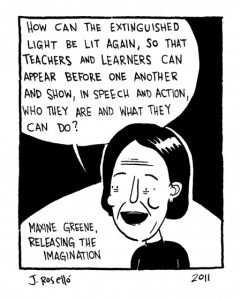 Wickipedia describes Greene as an “American educational philosopher, author, social activist and teacher.”Alex Ross footnoted her in an essay in his book, Listen to This.

I think she is amazing. I found a YouTube video of her lecture, “Blue Guitar: Arts and Aesthetics in Learning,” some of which I listened to this morning. 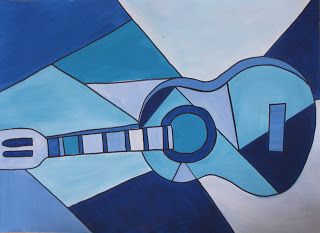 It’s not nearly as dull as it  might sound. She keeps sending me back to other books. In her, Releasing the Imagination: Essays on Education,  the Arts, and Social Change, she pulls in all kinds of ideas from other writers and sends me scurrying into my house of books to look at them.

People like Thomas Mann (Confessions of Felix Krull Confidence Man, the early years) and Ntozoke Shange (Colored Girls who have Considered Suicide When the Rainbow is Enuf). The ‘blue guitar’ image comes from a poem by Wallace Stevens. 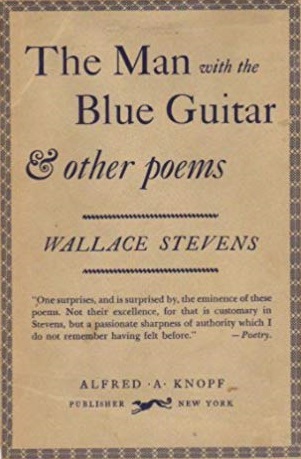 I’m also plugging away at a book Jeremy recommended: Automating Inequality: How High-Tech Tools Profile, Police, and Punish the Poor by Virginia Eubanks. 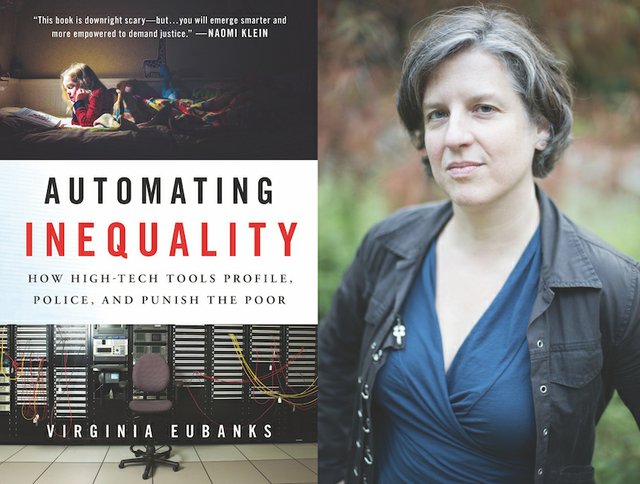