I’m a fan of this magazine. Very happy to see that Amazon has the latest issue available for Kindle.

The issue on Families was is of my favorite, if just for the cover.

This one’s not available for Kindle. Too old, I guess. I have a copy laying around, I’m sure.

I found myself listening to Takemitus on Spotify yesterday.

Found this performance this morning. What a beautiful piece! I may have to buy the music and learn it.

I have loved his music for along time.

I am reading some reviews to better put his work in perspective. Even though I agree with his liberal political bias, I can’t help but see that this book mixes some general new brain science with polemic. Critics seem to agree.

I am fascinated by the idea that thinking and mind are beginning to be understood as physical attributes of the brain. 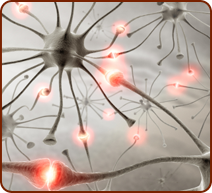 This seems to trouble many people I read. But it doesn’t trouble me. I think it’s pretty wonderful.

I plan to do more reading in this area. I’m not sure exactly what yet. Probably another book by Lakoff that is less political.

And one that deals with politics as well.

In the meantime, I’m still interested in dipping into  some other books like The Watchman’s Rattle by Rebecca D. Costa.

It’s sitting in my Kindle for PC on my little netbook which is where I read the Lakoff.

I had a wonderful rehearsal with my piano trio yesterday. The Counterpunctus IX from The Art of Fugue by Bach started to really come together and sound cool. Then we read some of Mozart’s G major piano trio (K. 564) and decided we should program it since it’s not as hard as some of the ones we have been working on.

This is a good performance but it’s not recorded very well. Here’s an even better performance:

Two reviews I read recently. If you scroll down on the second one you can see more of this writer’s ongoing assessment of the book that he is logging as he reads it.  Thankfully he finds the first chapter a whole lot better than he does the introduction. I didn’t have his strong critical reaction, but then again I’m not a scientist.

Rabbi Menachem Youlus of Save a Torah Is Charged in Fraud – NYTimes.com

I’m constantly amazed at how many people are dishonest in a public way.

I have bookmarked this guy’s new blog but he hasn’t started doing it yet.

I went to this club when I last visited New York. I am very enthusiastic about the mix of styles and ideas they present there. Very very cool.

A Leader of the Baluch in Pakistan – NYTimes.com

A ethnic conflict that I had never heard of and apparently flies under the radar.

Last living survivor of the original Four Freshman. This group formed at about the time my Dad and my Uncle were in separate male singing groups. Dad’s was religious, Uncle Jonnie’s was pop music based.

More on the evolution of his songwriting career.

“The death of Jerry Leiber, the lyricist who brought us “Stand by Me,” “Yakety Yak” and other early rock ’n’ roll classics, gives us a moment to pause and give thanks for sugar cane. Sugar cane led to a great wave of Chinese immigration to Cuba, which, through a roundabout process of musical pollination, put an idea into the heads of Mr. Leiber and his collaborator, Mike Stoller, when they were still teenagers breaking into the business in Los Angeles.”

Not sure what I think about this. I like to listen to music as I cook and clean but sometimes find it distracting when I’m reading.

Bending the Rules on Bacteria and Food Safety – NYTimes.com

Harold McGee is a food science writer I read.  Basically this article says you have to take certain precautions in the kitchen.

This is an article on Michele Leris, a French anthropologist who wrote a Manhood: A Journey from Childhood into the Fierce Order of Virility. I have bookmarked the article to read. I often think about the false stereotypes of gender identity. This is probably because I myself don’t fit many of the male ones. But I still feel pretty comfortable in my own skin about who I am, especially these areas.