I wondered how walking around the Star Wars costume exhibit would affect my body. I think I have mostly healed from the stretched Achilles tendon I suffered a while back. But, probably due to this injury and lapsing on exercise, my gait is still not what it was. The arthritic like aching I experience in my hips seems to be appearing more often. Also, I have had problems with both of my feet all my life.

So the upside is that wandering around the exhibit, I got some badly needed exercise and survived. The downside is the usual aches and pains of an old guy after some semi strenuous movement.

It was much too hot to sit outside. The inside is small and couldn’t seat our entire 8 person party in one place. But we ordered drinks and stood around until some tables came free. Eileen and I sat with my nephew Ben and his husband Tony. Mark and Leigh sat with Emily and the birthday boy Jeremy. The museum and restaurant visit were a birthday gift to Jeremy from Mark and Leigh. He seemed to have a ball walking around the exhibit. Not only were lots of famous costumes on display, there was an emphasis on design with many, many examples of very cool sketches by the creators of the costumes.

Eileen and Emily seemed quite taken with the fabrics and design of the costumes.

After the meal, we drove home and had a few more drinks and watched the Netflix special, Nanette. This was the second time Eileen and I watched this. It’s the international debut of a witty Australian comedian named Hannah Gadsby.

It was even better the second time. She is acerbic and cerebral and as some of the critics have said does the magic trick of critiquing comedy by teaching how it works and at the same time demonstrating it. I recommend her highly. I’m also very curious to see where she goes after this since one of the themes of her hour is destructive nature of much comedy and how she is quitting it.

In the language of the English Jenkinses, she’s brilliant. On another note, during the drive Mark talked to me about Shakespeare use of the concept of plague to tie together Romeo and Juliet. It’s a very clever observation and this morning I found a doctoral dissertation which talks a lot about it. Here’s a link to the PDF if you’re curious.

Basically the idea is that when Mercutio dies, he says the phrase, “A plague upon both your houses,” three times. Consequently, the deaths of Romeo and Juliet are expedited by Brother John’s delay in a household quarantined for the plague. Mark was much more eloquent and thorough in his explication, but you get the idea. 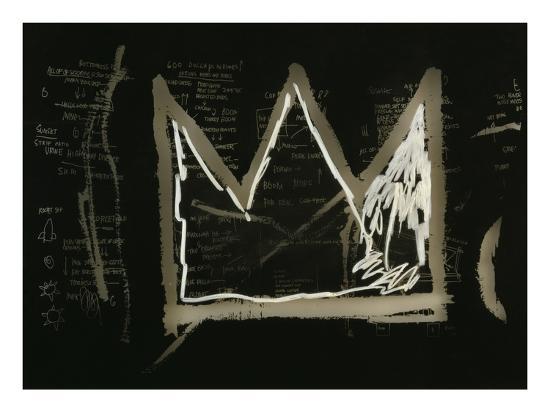 On a final note, I was disappointed to learn that the DIA doesn’t own any Basquiat. Sheesh.