I tried to take a day off yesterday. That is, I tried to do a lot of nothing. I guess I sort of succeeded. I went over and got my Mom’s internet working again. She seemed to have a dozen or so open Mozilla and Explorer windows that had completely confused her laptop.

I deposited money from accompanying. Spent quite a bit of time playing Scarlatti, Schubert and Bach on the piano.

I continue to ponder how people relate to music and literacy.

I can see that my own interest in historical music stems easily from an early fascination with Bach. I say early, but I’m not really sure when I first heard of Bach. I would imagine my father had mentioned him to me at some point. 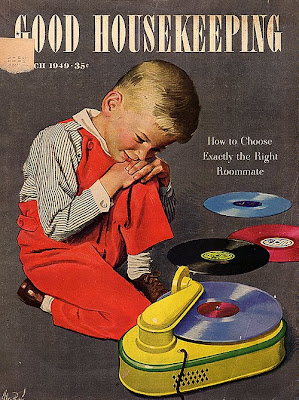 I do remember my cousin, Jerry, playing a recording of the Bach inventions for me in his living room in West Virginia. Hard to say how old I was. Probably early teens.

I was thinking of the first Bach cantata I performed this morning and realized it was before I had most of my musical training. I was in my early twenties and running a delightful failing bookshop with my wife, brother and  his wife. I had had a year or two of piano training before I switched courses, left my first wife and began playing bar music for money.  Interesting to me at this point to realize how rootless and undirected (by others) most of my life has been.  At the same time I have been inexorably drawn to music and literacy. I’m not sure exactly from whence this comes.

I used to think it was a desire for beauty in general prompted possibly by “nature walks” a woman called “Sister Elizabeth” was supposed to have taken me on as a toddler. I only vaguely remember any of this.

Now I just feel the connection to beauty and art is cemented into my personality. I assess my abilities as about average or a bit below. However, my determination has been pretty high at points. Interestingly usually divorced from any coherent or otherwise ambition.

I have noticed recently that fewer and fewer young people I cross paths with seem to be that interested in beauty and art and literacy the way that I am. I often feel that many perceive a musician as a sort of idiot savant or human loudspeaker. I was reminded of this Sunday as two reasonably bright young people were blissfully unaware that I was trying to make beauty within a few feet of them. At least I suspect they weren’t too aware since they were talking a bit louder than I was playing.

My experience of this kind of “blind spot” reached its peak at a July 4th celebration when I was asked to play marimba in a park. There were multiple sound environments competing. But the funniest (saddest?) was the fact that I was stationed near a blasting P.A. speaker over which they played music or fed the sound system of nearby electrified live music. Repeated requests to turn the music down were of course ignored. They did, however, pay me and indicated they wanted me to play again the next year. I respectfully declined.

Besides this slightly morbid musing, I listened to Obama’s public discussion with the Republicans on Friday and then watched his Youtube interview.  I find myself wondering if Obama is genuinely trying to do something a bit different as he reaches out for a less extreme driven discussion. I don’t agree with him (much less the Republicans) on much of the agenda. A lot of it I simply realize I don’t understand enough about. Especially money issues. But I wonder if he might pull off a change in tone. Probably not. But still it’s interesting to watch.

I do think he uses language differently from the way I am used to hearing public political figures recently in the U.S. His mind is obviously engaged. I thought he danced around the Republicans mostly because it was difficult for them to find a reasonable response to reasonableness that didn’t undermine their own political needs. Very interesting to observe.

The youtube interview was pretty much waster. I was hoping Obama would fill in some more of his ideas from the State of the Union. But that not exactly what he did.

Fittingly, Eileen and I listened/watched to the first of four parts of “Century of the Self” on Google Videos. I actually had no idea that the nephew of Freud was instrumental in advertising and government manipulation in the twenties. This is a four part BBC series that really bears checking out. I tried to embed it, but it didn’t work. It worked better for me to go directly to Google Video anyway. Here’s a link:

link to The Century of the Self on Google Video

I found this video almost shocking to observe the cynical simplistic thinking behind manipulation of the masses. Shocking to hear that Freud “hated” America and that his cynical view of humans became more intense as he aged. I find it interesting that believing that humans barely are able to repress their darker “animal” urges might be an example of individualism at its extreme. After all, Freud obviously probed his own animal stuff (hence the fixation of penises, heh). So how did he repress his stuff in order to arrive at his insights?

I know, I know, another naive dumb question from jupe…. heh