Yesterday was a good day for music at church. I had chosen music I was proud to play for the prelude and postlude:

“Homo Quidam” by Langlais, a surprisingly beautiful and subtle setting of a Gregorian chant melody in F# major. 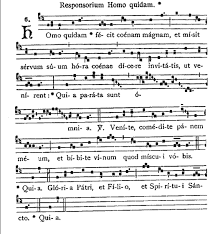 and the last movement of Handel’s first organ concerto.

I played them both reasonably well.

For the first time this year, I spent about fifteen minutes on vocaleses with the choir.

Somehow, they made splendid sounds all morning.

Part of it had to be the time spent on warm-ups. One soprano (the only soprano actually) pointed out to me that she had been doing 6:30 warm-ups for weeks prepping for her role in a local musical. That had to help as well.

After church, the sound persisted and we had a good rehearsal. Now to finally pick out Advent and Xmas music. Earlier this week, when I was looking for music to treadmill by, I remembered an old album by pianist, George Duke. I still have the vinyl. I pulled it up on Spotify and quite enjoyed listening to it a few times. Many years ago, I used this recording to demonstrate a stereo I was selling in Oscoda at our used bookstore. Later I pulled a tune off it (Capricorn) for use with my church instrumental ensembles. I looked through the Real Book indices a prof gave me and couldn’t find this tune in any of the many Real Books that are available. Too bad. I quite like this tune even years later. 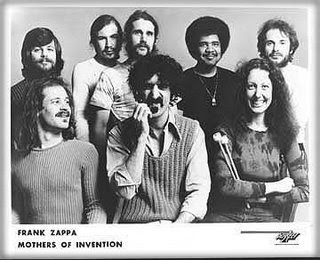 Zappa was where I first heard George Duke. He’s the one with the Afro in the pic above. I once heard him play live with Zappa and Jean-Luc Ponty. 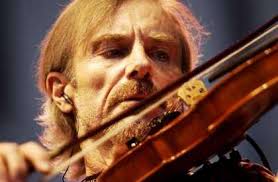 It’s a concert that sticks in my memory. It was mostly instrumental with very little of Zappa’s usual stage shows that people remember now.

Finally I notice that Charles Maier (author of Empire one of the books I am reading) keeps alluding to poetry. This morning he quoted from this poem.

It is time to speak of these
Who took the long, strange journey overseas,
Who fell through the air in flames.
Their names are many. I will not name their names
Though some were people I knew;
After some years the ghost itself dies, too,
And that is my son’s picture on the wall
But his girl has been long married and that is all.
They died in mud, they died in camps of the flu.
They are dead. Let us leave it so.
The ones I speak of were not forced, I know.
They were men of my age and country, they were young men
At Belleau, at the seaports, by the Aisne.
They went where their passion took them and are not.
They do not answer mockery or praise.
You may restore the days
They lived beneath and you may well restore
The painted image of that fabled war,
But not those faces, not the living ones
Drowned in the water, blown before the guns
In France or Belgium or the bitter sea
(And the foreign grave is far, and men use the name,
But they did not go for votes or the pay they got
Or the brave memorial speech by the D.A.R.)
It is far, the foreign grave. It is very far
And the time is not the same.
But certain things are true
Despite the time, and these were men that I knew,
Sat beside, walked beside,
In the first running of June, in the careless pride.
It is hard to think back, to find them, to see their eyes
And none born since shall see those, and the books are lies,
Being either praise or blame.
But they were in their first youth. It is not the same.
You, who are young, remember that youth dies.
Go, stranger, and to Lacedemon tell,
They were shot and rotted, they fell
Burning, on flimsy wings.
And yet it was their thought that they did well.
And yet there are still the tyrants and the kings.

I continue to be amazed how the reality of war is expunged from public discussions. 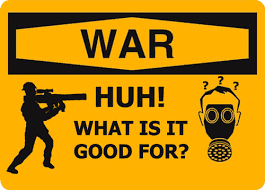 I found reading Sam Tanenhaus’s analysis fascinating when I lay it next to Bacevich’s take on the last 5 or 6 decades of American foreign policy in The Limits of Power. Bacevich sees it in terms of American framing its actions since FDR in terms of national emergency and security at the expense of the rest of the world. Tanenhaus’s essay is much narrower in scope and understanding. Necessarily since Bacevich wrote a book and Tanenhause wrote an essay.

I continue to marvel at the mediocrity of Thomas’s performance as a Supreme court justice. This is a critical look.

The Man Who Stayed Behind – NYTimes.com

Kristoff tells an interesting story of an evangelical U.S. Christian missionary who became entirely committed to the people in Sudan.

Call me cynical, but I was surprised that Gov  Snyder’s pet project didn’t fly. I figured that was one of the reasons he was supported by powers that be.