I met Mark and Leigh for lunch today In Grand Rapids  (Hi Rhonda, I know I said I was meeting them in Lansing but Leigh had to take her potter’s wheel to a guy in GR for some adjusting so we met in GR.) Mark chose a restaurant and it ended up being right across from the Subaru dealer.

I had to take my Subaru to the dealer. We have been having problems with our car’s security alarm going off randomly. I pulled the fuse so the horn doesn’t start blaring out at odd times. The lights still flash and the doors all lock when this happens. I made the appointment a few days ago so of course it quit doing it. The dealer doesn’t seem to be able to diagnose a problem unless it actually occurs while they are looking at it. So there are keeping it again for a while and providing a fancy dancy loaner to me in the meantime (2020 Subaru).

I took along a bunch of CDs including works by Vaughan Williams who has been doing for me lately. My choir is singing a Nunc by him soon. And of course new cars tend to have splendid sound systems. Fun.

I had some time to kill while waiting for Mark and Leigh so I went to Schulers bookstore which is not far from the Subaru dealer.

I interlibrary loaned the Norton Critical Edition of the English Bible and decided I needed to own a copy. It comes in two volumes one for the Old Testament and one for the New. I checked out the cost and it turned out that purchasing paperback editions new wasn’t that much more. I ordered it from Readers World yesterday. 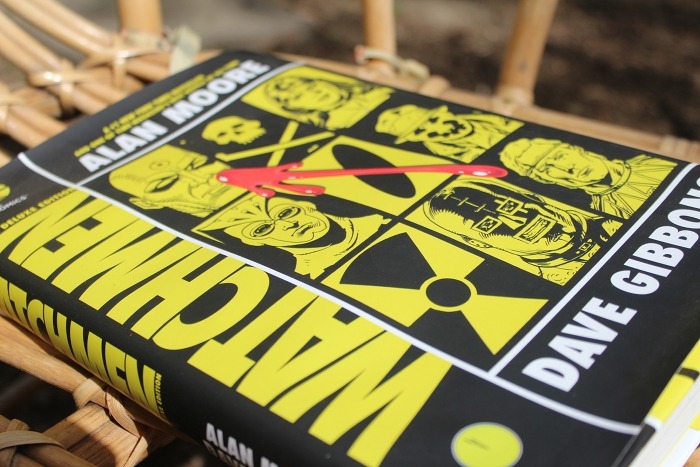 I also ordered a deluxe edition of Watchmen by Moore and Gibbons. As I reported in the last post, I have finished my second read of it and am planning a third. I thought I would like to have my own copy.

So today as I went into Schuler’s Bookstore I resolved only to look at used books. Unfortunately within minutes I had already found three books to purchase. I panicked and left before I found more. I found a relatively recent collection of Robert Bly’s poetry, Stealing Sugar from the Castle for five bucks in paperback,

what looked to be a bio of Roddy Doyle’s parents by himself, Rory & Ita, for six bucks,

and one hardback, A Company of Readers: Uncollected Writings of W. H. Auden, and Lionel Trilling from the Readers’ Subscription and Mid-Century Book Clubs.

After a nice lunch with Mark and Leigh and the trek home I am safely ensconced in my house reading and practicing.

I watched most of this video this morning. Some interesting stuff in it. Apparently there is going to be a new version of the musical 1776 coming out. Lepore was involved with it which is reassuring.

David Bromberg is someone I admire. It was fun to stumble across this recent performance he did. There’s more of these on YouTube.

I watched this recently. Frankfurt is now on my list of writers to read.

I posted links to this writer. I asked Mark about her today since he is planning to take a writing seminar from her. Apparently, she doesn’t buy transhumanism and mounts a critique of it. I found her approach put me off a bit since it began by describing  her fundamentalist upbringing and education, her conversion to atheism, and her new found enthusiasm for transhumanism (which apparently she lost). I guess it’s my own fault for not having patience for her.

I had a similar experience when I tried to read her article in Granta. However, I did notice it was well written. I think most Granta pieces (essays, poems, stories) are usually very well written. Just my opinion.