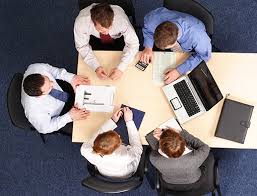 Spent over an hour with  my Mom’s bankers yesterday morning. We went through copious paperwork to remove my deceased father’s name off all assets.  I had dropped off a death certificate months ago, but apparently it takes a lot more than that to get these things in motion. This is due to the fact that investing and banking involves dealing with multiple institutions who hold the paper for various investments. But I think this is now cleared up.

Also had discussion with the bankers around moving my Mom’s money from a brokerage account to something less volatile.  I later emailed the fam the options and hopefully we will make a decision in the next few days about this. I spent the rest of the day running around doing stuff.

Had to make two trips to my Mom’s place to get her signature on three different documents. Grocery shopped. Met with the person who is subbing for me while I visit my fam in California. Did both my Mom’s bills and Eileen’s and my bills. Managed to treadmill and grab some Chinese take out for Eileen and me. I had just sat down for the first time yesterday sipping a martini when Eileen arrived home from work. Whew.

I was amused recently speaking with an acquaintance. He and I see the world so differently. He believes in a Charismatic Christian way and at the same time is a remorseless believer in money. In the same conversation we disagreed about the afterlife and whether one should die broke or make sure one’s progeny are not pissed at you for getting rid of your money.

I of course am skeptical about the afterlife and also believe it is a good accomplishment to die with as few possessions as possible.

It interests me immensely that other people can hold the opposite convictions so strongly. My conversation partner (whom I am not naming on purpose) is part of a large rich family that routinely passes on money and property as part of the family legacy. So I guess it makes sense when you have received much of what you have as a gift from the group to return it when you’re done with it.

As for the afterlife question, I see that historically this idea has not helped Christianity live out what seems to me to be radical ideas that Jesus is talking about in the gospels. It makes sense to me that one would develop hope in something better if one’s life is miserable. This is Christianity historically in bad times. But in the USA right now, many of us have a very very good life. Also I really like St. Augustine’s idea of eternity is found in a mystical way in the present moment.

The fact is that no one knows what happens when one dies, but we do know that we have been given the gift of life. It seems like a good idea to me to try to live in the moment with integrity and compassion.

I was thinking of my Mom’s father this morning. He was a hardscrabble W. Virginian who started out at the absolute bottom of the heap there and ended up making a good life for himself and the woman he loved. But he was a bit of a carouser as a young man. The family story is that he would go drinking and driving around with buddies in the perilous West Virginian mountains.

When I knew him, he was deeply religious though very reticent.  I was thinking of what he said to me once, “I’ve had my fun.” I wonder if he got religious as sort of a preparation for death or if he just calmed down or what. I wish I had had a chance to ask him this question.

Anyway, he was the kind of man that I think it was a privilege to know at all.

My favorite story about him was when he was dieing in the hospital. My grandmother seem to be taking the whole thing pretty personal and as usual was dominating the conversation and the moment.

Pop Jim who was in pain and if I remember correctly was receiving oxygen, looked up from behind his wife at the rest of us smiling slightly. He shook his head and made a little gesture with his hand as though it were a talking puppet as if to say “talk, talk, talk.”

Calm and witty to the end.