Wow. How did I miss Albert Murray’s work? 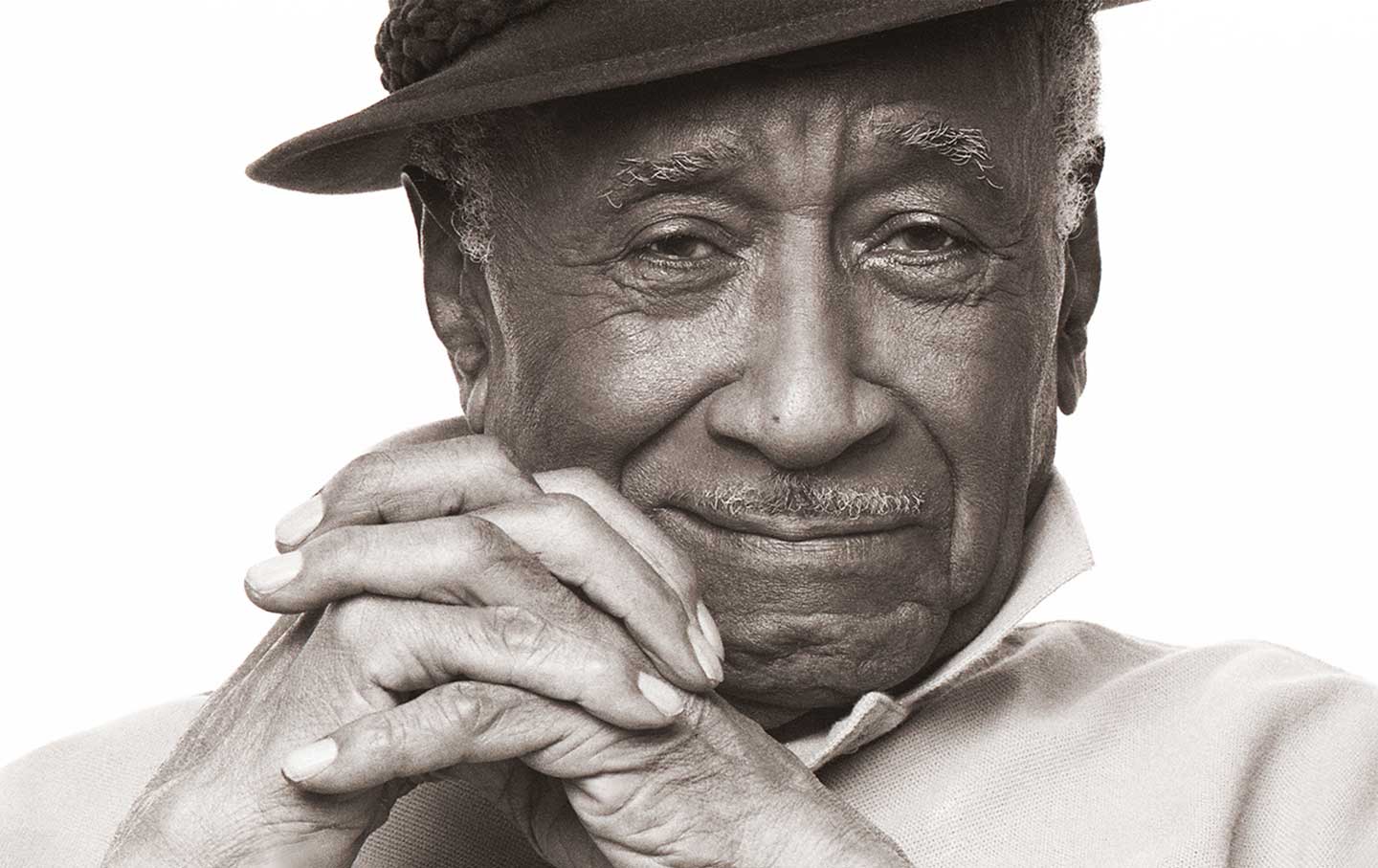 My used copy of Omni-Americans: Black Experience and American Culture came in the mail the other day. Published in 1970, it takes a clear withering look at life in the USA. Murray wrote eloquently about race, jazz, and ideas. His brilliant mind and erudite prose are so refreshing to me at a time of public idiocy. I suppose I missed him because I wasn’t listening to the intellectuals in the sixties and seventies. I was growing towards them.

Murray moves easily from quoting Joyce to referencing Duke Ellington, from expounding on Thomas Mann’s understanding of history as myth (from Mann’s Joseph novels) to the idea that a literary intellectual is like the piano in a jazz ensemble:

“When issues engage widespread public attention, the so-called national dialogue becomes more of a verbal free for all than a formally (or informally) structured debate. As in a battle royal, everybody is out to get in his own punchline. In such a context, the literary intellectual or would-be intellectual assumes responsibilities and takes prerogatives somewhat similar to those of a piano player in a jam session. His relationship to the argument’s overall frame of reference is  very much like the relationship of the piano player to the chordal structure and progression of the piece of music being used as the basis for improvisation. Of all the musicians in a jam session, it is most likely the piano player who provides the point of reference in the score. He is not necessarily the best musician in the session, but his approach, like that of the apprentice to literature, is necessarily comprehensive. Thus he is not only authorized but obligated to remind the other participants what the musical ‘discussion’ is about. Indeed, the most self-effacing accompanist did as much for Bessie Smith and Coleman Hawkins.” Needless to say, Murray’s mind and his intellectual world that includes Joyce and jazz and everything in between is one I am ecstatic to discover. It’s hard to believe that he wrote the above paragraph in 1970. Here’s one last quote referring to a hypothetical athlete’s wise refusal to concede opposition to an opponent who has a PHD in physical education from Harvard or Yale. “There is simply too little difference between official certification and media promotion as things now stand.”

Murray is an important part of my intellectual oasis these days.

That’s how I see it. I live in a small world peopled by people like Murray, Joyce, Schubert, Bach, Duke Ellington, and Thomas Mann.

I mildly dreaded church yesterday, mostly for its inevitable inanity however well intentioned by people I care about at this stage. I came home and buried myself in Schubert and Bach at the piano. Then Eileen and I walked in the sunlight to make our daily visit to my Mom’s nursing home.

The Age of Rudeness – The New York Times

This is a long read and not all of it that good. However, manners interest me. Rachel Cusik, the author, is from England. Her anecdotes about rudeness are interesting. I wonder if she understands that Americans often don’t realize they’re being rude. At least that’s often my impression as I watch people in this country. Maybe my rudeness bar is too high in an unAmerican way. I don’t appreciate Cusik lapsing into Christian references. They weaken the essay as far as I’m concerned. And I was left wondering why she no longer speaks to her mother.

George Saunders: By the Book – The New York Times

I keep bookmarking these dang things. Saunders is a writer I admire and read. He and I seem to have a lot in common about books we like (Swing Time by Zadie Smith). But I don’t know the poet, Hayden Carruth, he mentions. I see that my library has a copy of his collected poems on the shelf. I will probably pick it up and check him out.

In Praise of Hypocrisy – The New York Times

Around the time of Trump’s inauguration, the author of this essay, Masha Gessen, was advocating general hysteria. I didn’t think that was very clever. But I like this essay where she points out the usefulness of concessions to norms that one does not manage to live up to.

I have this bookmarked to finish reading. I am particularly intrigued by the influence of the author, Frederik Hayek. Apparently he espoused the idea that competition in a society is the most efficient procedure for all areas and that liberty can be defined as the absence of coercion. I totally disagree with these ideas but need to know more about this influential and destructive point of view.

It’s easier to read a transcript like this than listen to the silken tones of the ideologue Limbaugh. I read this in an effort to understand two influential men in media.

Our Putin – The New York Times