It’s a one day event of classes and performances.  A while back one of the teachers I work with at Hope asked me if I would play a couple of classes she is teaching. I have enjoyed working with this teacher and said I would.

Yesterday I was going to ask her if I should add these two hours to my time card, when she handed me a check for this work. Apparently she was paying me out of her fee so she could have a pianist for her classes. The check was for $100 which is about right.

Once again we artists are taking care of each other since we are so invisible to others.

But it is in contrast to how wedding and funeral people often treat me. Even after a lifetime of playing for funerals and weddings I still find myself chasing people down and asking to be paid after the fact from time to time.  The etiquette is to pay a musician immediately after services of this kind are rendered. But this is kind of futile when people have difficulty seeing my work. Literally seeing what I do as a skill and something a human does instead of a recording.

I was reminded of this in a passage by Albert Borgmann in his book, Power Failure: Christianity in the Culture of Technology. 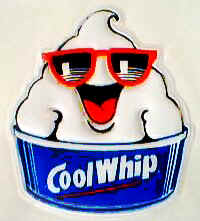 He is using Cool Whip as an example of how technology impacts us.

“To grasp the inconspicuous and elusive quotidianity of the technological culture, consider Cool Whip. It is a nondairy whipped topping. This labored generic description for what is simply artificial whipped cream bespeaks a residual uneasiness in our habits of replacing natural or traditional things with technologically reconstituted items.”

He then goes on for a page or two to develop this example and how it illustrates stuff.

Then he writes the passage I want to quote.

“Even if the pattern of Cool Whip is seen in all the technological devices and implements that surround us, the most troubling extension of it is yet to be recognized. The availability, the freshness, the uniform perfection and the absence of demands that we value in Cool Whip we seek in persons as well, and being aware of how widely Cool Whip persons are appreciated, we seek to restyle ourselves in that image. Accordingly, as we remake our personality and appearance to lend them the appeal of availability, we foreshorten our existence into an opaque, if glamorous, surface and replace the depth of tradition and rootedness of life by a concealed and intricate machinery of techniques and therapies.”

This reminded me of how the technology of recording has affected musicians. The “uniform perfection” of recordings which have been manipulated and tweaked has many musicians underestimating their own contribution (see Kenny Werner’s descriptions in his Effortless Mastery where he talks about being miserable at listening to recordings as a young uptight excellent player).

Of course it is this technology that makes so much music available to me and other listeners which is a good thing.

But the inevitable disconnect between actual humans and the making of music causes people sometimes not to see us players and composers, to not know we are doing something that is beautiful and the result of years of preparation and training, to not think that what we do is as much as skill as someone who caters a wedding.

The good part is that music is its own reward. At least for me it is. This is true because I have shelter, food and people who love me back. So the luxury of making music is something I value but know I can value it because the rest of my life is so good (“Music is not the cake. It’s the icing on the cake”).