So Eileen is now sick. I’m getting better. That’s the health report from the old people at 20 East 18th Street in Holland Michigan.

I’m not quite better. I dragged myself out yesterday twice, once to grocery shop and one to do a little organ practice. At the church, I was interrupted twice. The first time my boss came up to see how I was feeling. The second time, the organ stopped in the middle of my rehearsal. 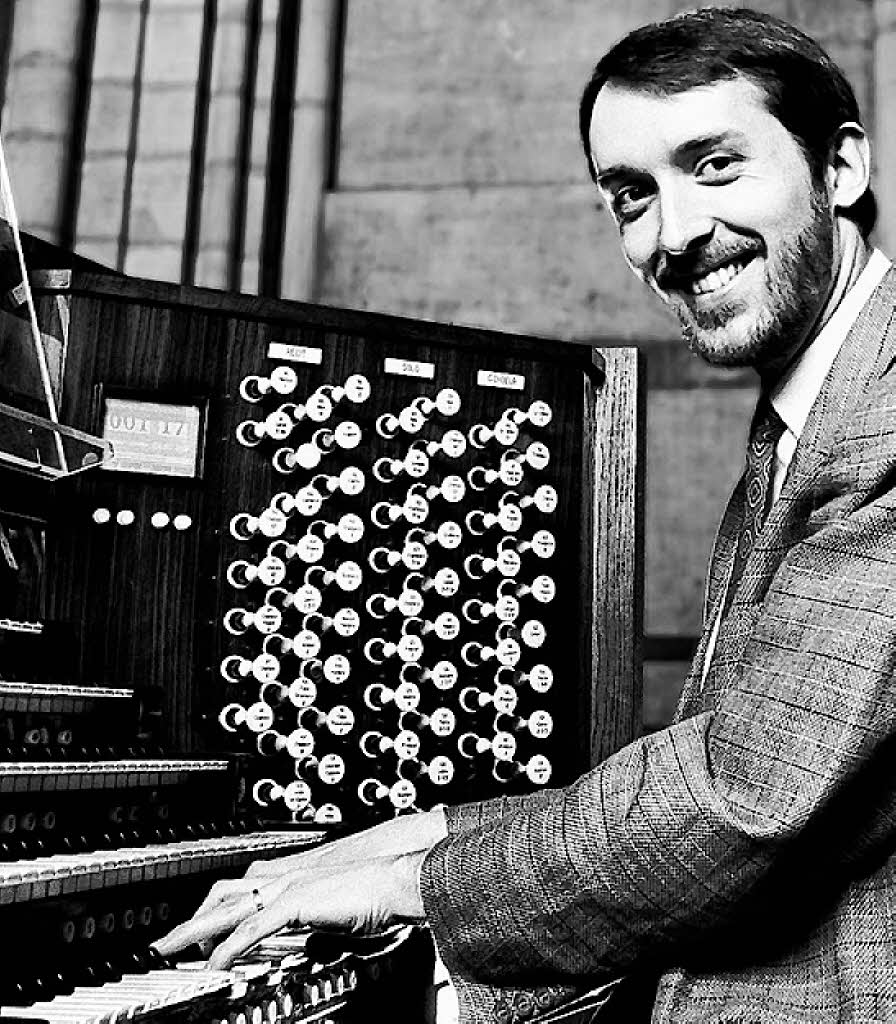 The lights over the choir area were still on so I knew it wasn’t a general power failure. I got up and started walking toward the office and met my boss halfway there. “Is something going on?” She asked. Apparently the lights in her office had gone on at the same time the organ music stopped.

She checked the fuse box to no avail. I told here I was just going to go home since I wasn’t feeling a hundred per cent.

I got an email later that Thom the janitor had been doing something and shut us off. So no permanent damage.

I dropped some music off at my friend Rhonda’s house. She gave me a clipping and a score to look at. The clipping was an incomplete article which I figured out this morning was “What I did on my Summer Vacation” by David Olds from The Whole Note mag (a Toronto music mag which provides all content online free. Woo hoo!)

I haven’t quite figured out how to clip stuff from the fancy online version of the magazine, but apparently there is a way to do so.

The reason Rhonda had clipped the article for me was that there was a review of a recording of a two piano piano version of the Goldberg Variations by Bach.

The review had an interesting section on the history of this version.

Evidently Joseph Rheinberger (1839-1901) felt that the original 1741 solo keyboard (two-manual harpsichord) work would provide enough material to keep two pianists busy and in 1883 made an arrangement for two pianos in which the liner notes tell us he “took substantial liberties with Bach’s original voicing, doubling melodies and fleshing out harmonies as he saw fit… [leaving] an unmistakably Romantic impression on the work.” Thirty years later Max Reger “smoothed out a few of the [remaining] rough edges” of Rheinberger’s adaptation and published the version recorded here

Rhonda probably thought I would be interested that these two composers, Rheinberger and Reger, had done versions of the Goldberg. These two guys are composers organists tend to know and sometimes perform so it is interesting.

She also was kind enough to give me a score of the piece, “Measuring What is Holy Across Time and Space” by Lee R. Kesselman. She recently participated in a performance of this piece. She even invited Eileen and me to attend and offered free comp tickets.

I passed on this. Even now I am putting off looking at the score of another sacred composition for the time being. I am, of course, grateful that Rhonda gave me the opportunity to hear a performance of it live. But as it turns out, even if I had the stamina to go hear it done by our local community chorus, I was ill.

I will check out the music later when my strength for things Christian and academic return.

The History of the Cyrillic Alphabet

In the meantime, I noticed something yesterday watching a Vice News report, The Pro Kremlin Youth Group: Putin’s Propaganda Machine Part i. The Cyrillic alphabet used in Russian appears related to the Greek Alphabet. The first two letters in Putin’s name in Cyrillic are identical to the Greek letters Pi and Upsilon.

So in one fell swoop, I began to see Cyrillic differently recognizing at least some of the previously impenetrable alphabet. How bout that?

‘Maus’ Book About Holocaust Is Removed in Russia – NYTimes.com

Getting ready for the celebration of the Russian defeat over Germany, swastikas were to be purged from sight, including those on the cover of the Russian version of Speilegman’s Maus. The article linked above has a great Russian proverb used regarding booksellers who are hiding the book during this period: “An obliging fool is more dangerous than a foe”

I watched Obama’s statement on the Baltimore turmoil in full here yesterday. I do appreciate being able to hear something like that completely. I felt over all for a politician it was a pretty good statement. I did wince when he used the “thug” language.

I was amused when Kiese Laymon, a writer I admire and am “friends” with on Facebooger, began his Facebooger response with “Fuck Obama!”

He basically said that people who use the “thug” language are playing into the basic racism of our time.

I was amused because later he amended it:

(I initially wrote “Fuck Barack Obama” but some of my older heads have asked me to be more respectful of him and the emotional justice work we’re trying to do with black men and say “Im saddened by” so … ) I’m saddened by Barack Obama and his administration as a “staff, record label and motherfucking crew.” Any black political leader who calls young black folks “criminals and thugs” is sanctioning police terror. (from KL’s Facebooger status)

Anyway, here’s a link to some good background info on the Baltimore situation:

What you really need to know about Baltimore, from a reporter who’s lived there

I listened to the entire presentation on this site.

2 thoughts on “this and that”