It turns out that way back in 1970 Albert Murray who died in 2013 said some very important things that shed light on what’s happening in the USA now. In his book, Omni-Americans: Black Experience and Black Culture, he says “American culture even in its most patently segregated precincts is patently and irrevocably composite.”

It is this fact that will ultimately defeat this terrible moment when we have a government in disarray. When we attack people who have come here from other lands (entering legally or illegally) we attack ourselves. We attack what makes our culture: the composite. We are composed historically of three unique strains, Murray quotes  ideas from Constance Rourke drawing presumably on her two books, American Humor: A Study of the National Character and The Roots of American Culture: “The American is a composite that is part Yankee, part backwoodsman and Indian, and part Negro.”  Quoting her directly: “… something in the nature of each [of these] induced an irresistible response. Each had a been a wanderer over the lands, the Negro a forced and unwilling wanderer. Each in a fashion of his own had broken bonds, the Yankee in the initial revolt against the parent civilization, the backwoodsman in revolt against all civilization, the Negro in a revolt which was cryptic and submerged but which nonetheless made a perceptible outline… [all three interwoven figures in our culture] were the embodiment of a deep seated mood of dis-severance, carrying the popular fancy further and further from any fixed heritage. Their comedy, their irreverent wisdom, their sudden changes and adroit adaptations provided emblems for a pioneer people who required resilience as a prime trait.” 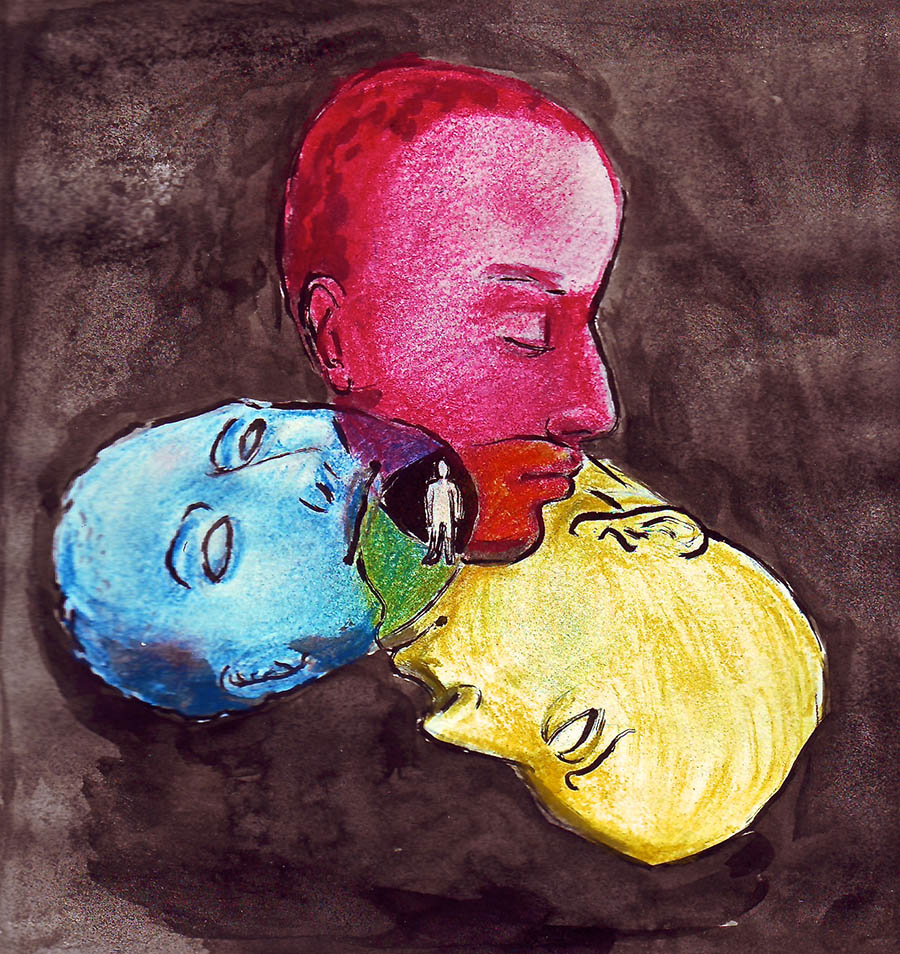 Further, in clarifying how American culture works, Rourke points out (via Murray) “… such is the process by which Americans are made that immigrants, for instance, need trace their roots no further back in either time or space than Ellis island. By the very act of arrival, they emerge from the bottomless depths and enter the same stream of American tradition as those who landed at Plymouth. In the very act of making their way through customs, they begin the process of becoming , as Constance Rourke would put it, part Yankee, part backwoodsman and Indian—and part Negro.”

This helps me understand my own personal attraction to eclecticism as represented in American culture. For a musician such as myself, I find it necessary to understand the streams of genius flowing from the tragic history of slavery into the 21st century. In fact I am attracted and identify with all three strains of Rourke’s understanding of who we are.

When you remember this, our current turmoil, although unique, rings hollow. Of course it is a matter of deep concern that we are in uncharted territory. Which brings me to my next point which I ran across this morning listening to Ezra Klein interview Elizabeth Drew, the author of The Watergate Journal.

I’m embedding it here because I didn’t see a clear way to link this episode. Here’s a link to Klein’s podcast page.

Drew kept a diary throughout the Watergate experience beginning with the fall of Nixon’s VP, Spiro Agnew. Although Klein wants to draw parallels between then and now, she adroitly avoids this pitfall. But she does have insights into the Trump phenomenon.

First of all, she reminds us that Trump is not fit to be our president. He doesn’t understand the job, the government or (in my opinion anyway) the country. She also thinks that he will not make four years, but again she says no one knows at this point. It’s important to pay attention.

When Klein talks about the hysteria and worst case scenario mind set she comes up with three important things to remember.

1. He’s incompetent. Nixon knew where the levers of government were and how to use them. Trump hasn’t a clue and has surrounded himself by neophytes.

2. He has eroded his own credibility. In other words, as he continues to lie, his ability to convince and lead diminishes.

3. He has few allies in a large and complex government including the Republicans.

These ideas are no panacea by any means and Drew doesn’t present them as such. But they all strike me as accurate and worth of keeping in mind as we monitor closely this White House administrations, its actions and the response of the government and the people.

34 Books by Women of Color to Read This Year

I love lists. I usually check to see if I recognize much on book lists. I didn’t on this list so I bookmarked for future reference. thank you to daughter Elizabeth for faceboogering this.

A couple of good looking recipes . Daughter Sarah points out that David shared one of these and that she did not. Thank you, Sarah, for the correction.

This is from a couple days ago.  There was nothing in yesterday NYT. I haven’t look at today’s paper yet.

In Response to Trump, a Dutch Minister Launches ‘She Decides’ – The New York Times

A worthy response to Republican idiocy.

Interesting letter from the subject of a recent report by the NYT. The original story is linked in the letter. The point is that the NYT made things worse and committed the very errors the guy was fighting against. At least they printed his letter, I guess.

2 thoughts on “thinking about now”