Recently I picked up my copy of The Uses of the Past: Profiles of Former Societies by Herbert J. Muller.

Published in 1952, his observations on history are delicious and pertinent to my ear.

Even though he is writing 60 years ago, these words ring true to me about now…. the simple and glittering attracts us as we are bombarded by more and more complexity and data….

His book is “an approach to history in the spirit of the great tragic poets, a spirit of reverence and of irony, and is based on the assumption that the tragic sense of life is not only the profoundest but the most pertinent for an understanding of both past and present.

In particular, it is an effort to apply a method of irony, the piety of impiety, stressing the inevitable ambiguities, incongruities and paradoxes of human history, which among other things suggest why, “in the final analysis,” there can be no final analysis.”

His first chapter begins with Hagia Sophia and Henry Adams’s point of view about it. This is evidence to me of the value of browsing one’s own collection. My eye just happen to fall on the title. I was interested. I pulled it down and started reading. I continue to read poetry in the quiet early morning everyday.

I have been reading Given by Wendell Berry as well as the difficult  Spring and All a volume in William Carlos William’s collected poetry. This morning I was struck by the fact that the Wendell Berry book title is reminiscent of the book by Lewis Hyde I recently finished, The Gift: Creativity and the Artist in the Modern World.

After reading, I played slowly and accurately (for the most part) 1 and 1/2 times (it’s 23 pages long) through Prokofiev’s first piano sonata.

It is his opus 1. I quite like it. I practice it entirely without pedal because this is the one that his teacher put pedaling. It is also the one in which he removed all pedal marks for publication. I don’t think one should play it entirely without pedal. Actually in places I can’t sustain all notes he written and would have to use pedal to do so. I don’t even see how it’s possible not to.

Another thing I have read about Prokofiev is as a performer he was extremely dry, preferring to let the music speak for itself. I think that’s pretty interesting as an alternative to being over expressive and think about that not only when I play his music but other composers.

A hero of mine. I knew this was coming. He had what seems to be an exemplary life and died as he lived.

I like the title of this blog: The Loyal Opposition.

The congress has passed what apparently is a travesty of bill. the Defense Appropriations Authorization. Obama is going to sign in to law. I hope the critics are wrong.

Nearly every top American official with knowledge and experience spoke out against the provisions, including the attorney general, the defense secretary, the chief of the F.B.I., the secretary of state, and the leaders of intelligence agencies. And, for weeks, the White House vowed that Mr. Obama would veto the military budget if the provisions were left in. On Wednesday, the White House reversed field, declaring that the bill had been improved enough for the president to sign it now that it had passed the Senate.

but I don’t think so.

Criticism of the same bill from the West Coast. Getting Detained and Gassed – NYTimes.com

More Nicholas Kristof on the ground experiences. This time in Manama, Bahrain. 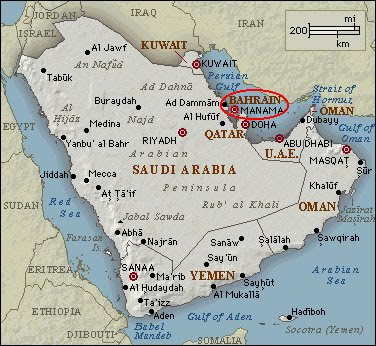