This is the painting “Contemplation” by Kramskoy. I was reading in Brothers Karamazov yesterday. The narrator mentioned this painting describing the mysterious young servant, Smerdyakof, who is possibly  a half brother to the other Karamazov brothers:

“A physiognomist, studying him, would have said that his face showed neither thought nor reflection, but just some sort of contemplation.”

I love the fact that when I read about a painting in a novel or non-fiction book I can immediately get an idea of what it looks like by searching online. I did this quite a bit the last time I was reading Proust. He often compares his characters to certain people in certain paintings. In fact he usually does this via Swann himself.

Someone in Proust (I thought it was Swann but I could be wrong, it could be the narrator) describes one of the main characters, Odette, as resembling Botticelli’s Zipporah:

It’s turning into a busy week for me. By the end of the week I will have earned over $400 playing ballet accompaniments. I have an impending prop tax bill. Since the house is paid for, this is really the only bill for housing (besides the usual utilities). Unfortunately, it’s not monthly but is twice a year and is a considerable sum for our modest income ($1200?). 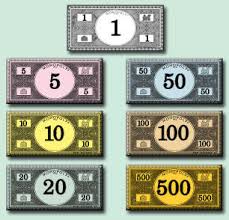 I am planning to give my son a ring in California this morning. He has told me about when he leaves for his morning commute and I have figured out the time difference. Hopefully we can chat a bit while he drives (he has to use a hands free phone dealy since talking on the phone while driving is actually illegal in California….. I still saw many people doing this while I was out there).

After that I meet with my boss. Then 2 ballet class. Then I have to prepare the scores for tonight’s rehearsal with the Barefoot Jazz Quartet.

So it’s pretty much back to the grind for jupe.

I chose two pretty cool organ pieces for Sunday yesterday. Both are based on the german chorale, Wer nur den lieben, or If thou but suffer God to guide thee. This is the closing hymn I suggested for Sunday. I have always admired this tune.

I seem to be rehearsing and thinking about Bach’s 2 part invention, sinfonias and fugues from the WTC a lot. I have been working on the C major versions of these and plan to move on to other keys. Also rehearsing other inventions and sinfonias. I worked a bit on Mendelssohn’s first organ sonata, first movement, when I was at the bench yesterday.

Returning to the Bach pieces is a delight. Each time I learn or re-learn a piece by Bach I see deeper into the meaning. The melodies sing to me. The motivic relationships seem more and more elegant as I age.

I have been losing interest in Jazz. I think some of this has to be the fact that my little Jazz ensemble is not near the pleasure I thought it would be. In addition, I find that the way we are doing Jazz is pretty much theme and variation in form with the themes being melodies that are about 30 or 40 measures long. I like variations, but it’s just one way to make music.

Bach’s ideas are so much more varied than Jazz to me.

Anyway I plan to prepare, go and play and do my best even though I am the Holland Hack. heh.

Counting Calories? Your Weight Loss Plan may be Outdated by Jane Brody

Choose Foods to Shed the Pounds by Jane Brody

I have been reading Brody for years and own cookbooks and nutrition books by her.

Looks like another case of prosecutor misconduct, even though they lost.

“Mr. Bradley’s findings were not presented to the jury and the record was never corrected, he said. Prosecutors are required to reveal all information that is exculpatory to the defense.”

The Road Not Taken – NYTimes.com

Brooks continues to critique his own party.

Grover Norquist of Americans for Tax Reform has been instrumental in every recent G.O.P. setback. He was a Newt Gingrich strategist in the 1990s, a major Jack Abramoff companion in the 2000s and he enforced the no-compromise orthodoxy that binds the party today.

Norquist is the Zelig of Republican catastrophe. His method is always the same. He enforces rigid ultimatums that make governance, or even thinking, impossible.

Brooks cites Norquist as an example of a Republican “Beltway Bandit.” I hate to beat up on a party I disagree with so much, but I have been following Norquist for years and have thought that his ideas have damaged the country. But I believe in government as important societal organizing principle. Not something to take into the bathroom and drown in the bathtub (Norquist’s image).

There’s more stuff in the article but you can read it for yourself if you wish.

Can a Playground Be Too Safe? – NYTimes.com

“Paradoxically,” the psychologists write, “we posit that our fear of children being harmed by mostly harmless injuries may result in more fearful children and increased levels of psychopathology.”

David Sedaris: Chicken toenails, anyone? | Eating in China | Life and style | The Guardian