One thing that has helped me when I am in the throes of reactivity (such as occurs when I am being over sensitive or thin-skinned) is to ask myself what is at stake. Most times, what has upset me is not important. Admittedly, this insight can only come after I calm down a bit. This can take an embarrassing amount of time. I am only calming down this morning from Monday. Good grief.

In the meantime, it looks like taking Tuesdays off is going to work. I did some composing, balanced my Mom’s checkbook and paid her bills, went to the bank and deposited some checks, and ended up at the organ console by 11:30 or so. I did read through the last of the six Bach organ trios. I then counted up the movements I have performed and was surprised to find I have learned half of them (9 out of the 18). How about that?

I had planned to play a Praeludium of Böhm for a postlude last Sunday. I realized that the procedure on “Kick off Sunday” is that everyone traipses outside to have a group shot after Eucharist. This can happen quite quickly. After talking it over with the boss, we decided I would cancel the Böhm and improvise something I could then tailor to the time it took for this moment to happen.

The good part about this is that I scheduled the Böhm for the prelude for a week from next Sunday. This is good because I can pick sounds that will work better if I don’t have to use loud sounds (usually necessary to be heard at my church during the postlude). There are not that many sounds on my little organ.

So I found a different postlude for a week from Sunday. I chose and rehearsed a piece called “Festival Finale” by Henry Coleman in one of my Oxford collections.

It’s a goofy thing. But it is Anglican and flashy. Sort of a poor man’s Gigout type toccata.

I came home and worked on an arrangement I want my choir to sing on the last Sunday of this month. I was surprised to learn that a couple of the music profs from Hope are scheduled to give a presentation that Sunday before church. I would like to attend it and am planning on a short pregame that day. The anthem I put together is a bastardized version of the last movement of Duruflé’s Requiem.

I took the movement, put it down a major third. I gave all of the gregorian chant (In Paradisum) to the choir. In the original, Duruflé begins with the sopranos singing the chant. Then about half way through the chant melody continues in the organ (or orchestra in the orchestra version). The choir then has a new section. I gave this to the accompaniment and made the piece a Unison and Organ piece.

I then reworked the chant a bit so that the English translation from the Hymnal 1982 would fit it. I was amused to see that this translation was by Theodore Marier (pictured below) who is a notoriously reactive and conservative Roman Catholic dude.

I am a bit sheepish about this piece. I have been thinking about my understanding of the chant, “In Paradisum.” I realize that my musical conception was pretty much handed to me by Duruflé’ in this movement. It is a gorgeous thing. 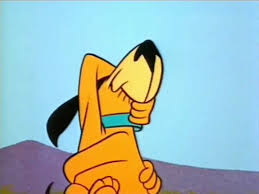 It will make a nice anthem that hopefully won’t need too much prep on that Sunday.