This is a scan of the cover of my copy of T. S. Eliot’s Four Quartets. I finished re-reading them this morning. I had added this book to my morning poetry read after finishing up poetry books by Jon Woodward and Oni Buchanan. I’m actually not quite done with Buchanan’s volume, What Animal,but am nearing the end of it.

I find it helpful to consult books about books. In Eliot’s case this is especially helpful since his work sits contextually in a larger poetical and historical context.

Sitting next to my books by T. S. Eliot was this very old paperback collection of essays.

As you can see it’s brittle pages are yellowed with age. After I read the introduction last week, I discovered that the editor, Barnard Bergonzi, had made them chronological so that the essays with the most insights occur later in the book. I began reading Donogue’s essay above and am just about finished with it. The result is that I’m thinking I might make Eliot my next poet to basically completely read. He has been an important poet in my life. I was surprised at how many cross-references to his other works I recognized and intrigued by those I didn’t.

His play Murder in the Cathedral is one I have read and re-read. His poems rattle around in my brain. I even wrote a cantata based on his longer work, Ash Wednesday, when I was a student. It was scored for SATB, oboe, flute, guitar, cello and harpsichord.

I thought I had done a little choral version for my present choir of one of the movements, but I can’t find it in Finale right now.

Donogue quoted a play by Eliot I hadn’t heard of: The Elder Statesman. I just ordered a used copy of it.

Since it was Halloween, I didn’t have rehearsals last night. This turned out to be quite a relief since I do pretty thorough prep for rehearsals these days. I used the time to look over anthems for Advent and Xmas. I was pretty much dreading this, but was pleasantly surprised by the work I did earlier in the fall. It took me about twenty minutes to come with up a working list of anthems through Epiphany. 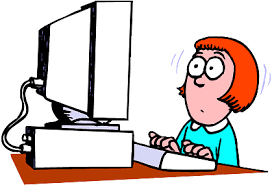 I was so happy about this I went back to church and rehearsed Bach some more (having already rehearsed Stanford for this Sunday and the new settings I have scheduled for the following Sunday by Walther and Bach of the hymn tune Werde Munter).

Came home and did the pumpkin thing. 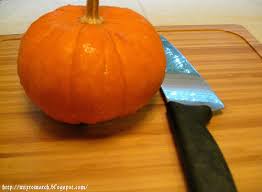 I had to make my jack-o-lantern. Eileen had already made hers. I had purchased a third pumpkin to cook. I peeled it and chopped it up. This made about 8 cups. I used half for this recipe: 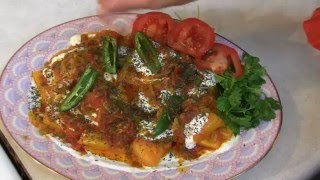 I omitted the ginger (didn’t have any), and skipped the yogurt since I didn’t make it very spicy. Eileen wouldn’t try it, but I LOVED it. 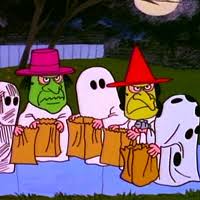 We had the usual trick or treaters last night. A bit lighter than usual probably due to the weather (rainy).