Spent some time attempting to edit the recordings from my recent gig last night.  I’m using a shareware software (Audacity) to do this. It seems like a good fit for my level of skills and understanding. In fact I’m in a bit over my head. I have done some reading and learning about the producing and editing process of recordings. It is an art. I have a couple of friends (Ray Hinkle and Jonathan Fegel) who know some things about this art.

But I’m working on this by myself right now. Ray has mentioned he may re-mix some of this stuff.  He has all the recordings (and my awful Zoom machine we used to make them..  ugh). He has passed them on to me. I would like to share some of this if anyone who reads this blog would like to hear what went on last Thursday.

I’m thinking mostly of my adult children, but really anyone.

The first piece we played was Secret Dakota Ring’s  “Fade to Black.” I don’t have permission to arrange and record it, so I am omitting this recording from online sharing. Link to video and free download of this song at the band’s website. I think it’s a great song and it worked well as an opener for us despite mixing problems. 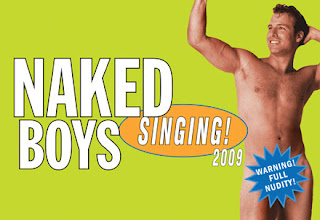 The second piece was “Naked Boy.” There were some real problems with this one. The drummer could not hear my rhythm guitar which really set the beat and style for the piece. The back-up singer’s mike was way too loud. At one point I turned my back to the audience and faced the drummer behind me. After that things came together better.

The recording is problematic as well.  All of the recordings I have listened to so far are completely clipped. Which is to say they were recorded so loud that there is distortion in the recording. This is not too hard to edit. But there were only a few mikes picking up sound. So one cannot hear the bass well. Also the saxes (who really played pretty well all evening) were not miked so they are faint to inaudible at times.

I worked on Naked Boy and then gave up for the time being and moved on to the Mendelssohn Piano Trio. I split the recording into two parts. One is the listener’s guide I attempted by talking to the audience and having the trio play some themes.

The other is the piece itself.

Here are links to the mp3s:

The sound of the violin and the cello were problematic. They were both miked and the piano is not. The timbre of the strings does not reflect at all what I heard that evening. It is strident and almost whiny in sound. I managed to find some ways to downplay this aspect of the recording, I think. If you think it sounds bad now, I should put up a bit of the unedited recording and you will see how I have improved it.

Interestingly, in both Naked Boy and the Mendelssohn trio, my own execution is not as bad as I remember it.  I have been thinking about my own competencies as a performer lately.  I compare myself with musicians who are only performers and have studied one instrument for six years in school and find myself approaching my instruments differently.  I am happy with my continual improvement technically on piano and organ.  Since around 2001, I have had much more time to practice these instruments and I can play them better.

I also think that I play with “heart.” That I can make convincing sounds in my performance. This is a goal. I can hear it on the Mendelssohn recording despite the inferior nature of the recording.

Which brings me to another unfair comparison I am sometimes tempted to make. Which is to compare my performing and recordings with professionally produced recordings.

The recordings themselves are always the result of the process as much as the performing skills of the musicians involved. By this I mean, that professional recordings are usually (unless they are live and that’s another story) a hodgepodge of many many separate takes. Errors are edited out. Errors that will occur in almost every live performance.

Improvements are made that are not present in the original sounds.  Also the classical musicians who make recordings are some of the finest who have ever lived. The level of competency at playing classically has in part skyrocketed in response to the development of recording. Again the response of music to recording is another story. But quite interesting and documented by some very fine books.

The classic one is Repeated Takes: A Short History of Recording and Its Effects on Music by Michael Chanan. 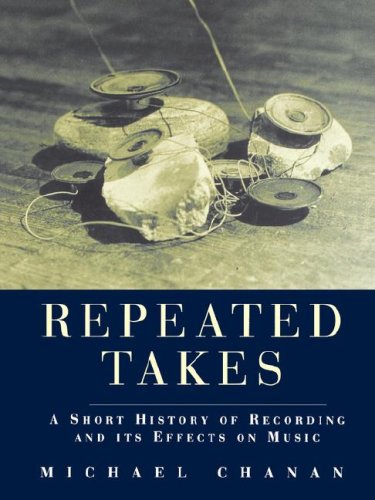 It was written in 1995. More recent is Mark Katz’s 2004 history:  Capturing Sound: How Technology has Changed Music.

I have read both of these. They are a wealth of information. Finally, U of Albany prof, Albin J. Zak has written several books that inform the discussion of recording and recent history of music. I have read about half of The Poetics of Rock: Cutting Tracks, Making Records by him.

Besides many conversations and experiences with my friend, Jonathan Fegel, I have also done some reading in recording. Again there are fine books out there. The Mixing Engineer’s Handbook by Bobby Owsinski is one. It is a compilation of discussions of mixing with many expert engineers.

All of these books were sitting on my shelf and I just walked over and made a stack as I referred to them.

Well, enough. I have to stop. I meet with my boss today at 8:30, then take Mom to the doctor. Ray is coming over at 1 to take measurements to help Eileen and me figure out how we can fix up the house a bit. I have to give a piano lesson at 2.  Full day. I would like to do a little mixing of recordings before I leave for work….