Didn’t get a chance to blog yesterday morning. I slept in until 7 AM and then did my 8:30 ballet class accompaniment. By 10:30 Eileen and I were on the road to Fenton Michigan. We met my niece, Cindy, her husband Mike and daughter Cassidy for a quick lunch at the French Laundry. Then off to Grand Blanc for a closing on a land contract on my Mom’s house. Got back into Holland around 5 PM and even though Eileen did all the driving (she loves her Mini!) I was pretty exhausted.

I dragged myself over to church and practiced organ a bit.  I am finding playing through Bach organ music very satisfying lately. 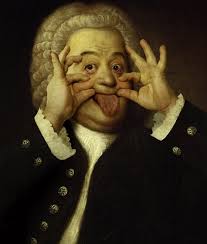 I did a bit of that and then rehearsed the romantic organ music I am performing Sunday for the prelude and postlude. I have been taking a second look at this literature. I have long been very disinterested in the school of romantic organ music typified by Widor and Vierne.

It has taken me a lifetime to learn to appreciate great romantic music like Beethoven, Schumann and others. I began with a slight affinity for Brahms and Mendelssohn.

Recently I have taken an interest in the composer, Calvin Hampton. He died in 1984 and besides being an interesting composer was a champion of some romantic music when he was younger and it was much more out of fashion. His convincingness as a composer has led me to go back to the romantics and see what I can figure out about them.

I have been playing through the first Organ Symphony of Widor. This music is not terribly easy and sight readable. And I do not find myself all that attracted to his final compositional ideas. I was thinking I might play a the slow movement of this symphony for Sunday’s prelude. I just couldn’t find any simpatico in myself for the piece.

Instead I turned to two anthologies I own of romantic organ music: Romantic Flourishes and Romantic Adagios. 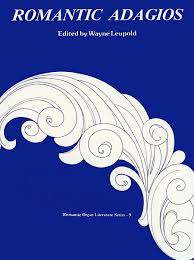 They are both edited by Wayne Leupold who is the publisher who is bringing out Calvin Hampton’s compositions post-humously.

I found a prelude and postlude which interested me enough to learn to play them for this weekend. The prelude is from Boellmann’s Suite Gothique. This suite contains other movements I have learned before (Toccata, Choral, Menuet). In fact, as I list them off I realize that the slow movement, “Prière à Notre-Dame,” is the only one I haven’t learned and played.

It’s a simple little melody with a clear A and B section. For some reason as I played through this rather hokey little piece I found it not unpalatable. I do like to perform in all styles so I decided it was worth doing.

The postlude is a Toccata by Jules or Julius Grison. I don’t know anything about him except that he is “Jules” on the page of the composition and “Julius” in the index of this anthology. Come to think of it, there is probably a little paragraph about him in the anthology that I will read next time I have the book in my hands (I keep the music on the console at work).

The Toccata is far too long for a church piece so I am only playing the first six or so pages. I actually really like what I have learned. And it’s just hard enough to keep me practicing. Hence the session last night.

Came home and Eileen and I watched the second movie in the Red Riding trilogy series from BBC.

These seem to have the bleak plot of investigator traces awful crimes and is murdered for his trouble. This is what happens in the first two. I guess we’ll check out the third to complete the set. They are well made. Better than the average American film and hold my interest. But still… kind of bleak.

After our dose of John Stewart (we had to watch a tape of Tuesday’s since we weirdly sat up and watched Obama live on the Daily show on Wednesday night), Eileen went to bed and I played Prokofiev on the piano.

I have been noticing another slight gain in my keyboard technique. I guess it’s true if you practice you continue to improve. The Prokofiev Piano Sonatas are a purchase I made years ago when Kalmus publications was having a half off sale of practically its entire catalog.

The music is difficult for me. I have rehearsed three movements from the second piano sonata and played through them all last night with surprisingly good results. Hmmm. I do like Prokofiev’s composing.

Today after ballet class I need to do some calling around and take the utilities out of my Mom’s name for her Fenton prop. I also have a vague notion of trying to get my Mom an absentee ballot for next Tuesday’s election. I was reading on the drive over to Fenton that these ballots are available until 5 PM tomorrow. Now to figure out where to get one and if it’s likely enough to drag my Mom out because I think she will have to apply for this in person.

A lot depends on how she feels when I contact her today.