Last night’s rehearsal of “Guys and Dolls” was a disaster. Actors forgot their lines and missed entrances. The pit orchestra sat and watched notes go by as the adults in the pit kept the music going. The directors lectured the actors for a good seven minutes on their bad attitude. The conductor kept recriminating himself for his own mistakes (which were much fewer than the ones being made by the students). It was a tough night.

The upshot of this is that I don’t think I have the courage to follow through with my original boycott if they don’t pay me half way through. This check is now due.

Previously the accountants at Grand Haven High delayed paying me my fee due to their own misgivings about paying outside musicians too much.

Very annoying. I received a check sometime in June, I believe, for services rendered much earlier in the year.

After finally getting paid, I emailed the directors that next year I would require payment before services rendered. When the time came to hire me, we agreed that I would get a check half way through. Of course this has not happened yet. The teachers I am working with insist that they have put in for the check and that it should reach me after Friday. Last night has got to be over halfway through. I was planning on not showing up until I received a check, but after last night’s disaster, I don’t have the heart for bailing on these well-meaning teachers.

The irony of it is that I suspect that all of the adults involved with this project make much more money than I do.

And that they are regularly paid and don’t have to badger people to pay them for services rendered. Bah.

I finally finished reading “A Small Death in Lisbon” by Robert Wilson.

Maybe it was because I took so long to read this book, but I found the historical parts of it quite tedious and not all that important to the murder mystery. I have read some other mysteries by this author “The Vanished Hands” and “The Blind Man of Seville,” which I quite liked. Good thing I didn’t read this book first. I don’t think  I would want to read another by him. 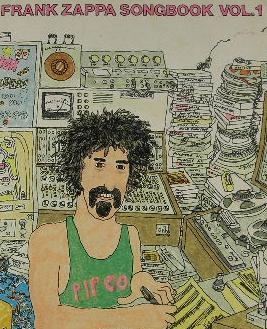 I lost an ebay bid for the Frank Zappa Songbook vol I. This collection of transcriptions by Zappa musician, Ian Underwood, is out of print and looks delicious. I went as high as 60 bucks and then got outbid. Of course some experienced last minute bidder swooped in at the last minute and took it for 102.50. Sheesh.

It looks like we will be attending “Waiting for Godot” in London on our upcoming visit. Sarah found this one and knows that I like Beckett. I didn’t feel too strongly about it, but it’s probably a good production with Ian McKellen and Patrick Stewart in it. That will be fun. 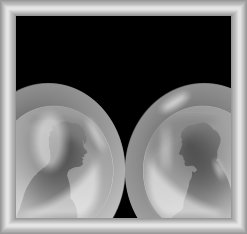 Church has been sort of a downer lately. I am finding a lot of negative energy among the lay leadership. I keep watching musicians turn from music to other priorities in their private and church lives. And I see the usual sorts of bogging down that people do at church. Oy. I try to be helpful and constructive and schedule and perform beautiful appropriate music. Silly fucking me.