In his book, Musicking: The meanings of performance and listening, Christopher Small has an “interlude” on “The Mother of All Arts.” By this he means, primarily, ritual. He puts this chapter after several chapters in which he painstakingly analyzes a symphony concert from the lens of what is actually going on.

His relentless honesty and scrutiny elicits observations that ring true to me and also remind me of my understandings of liturgy and ritual.

Writing in 1998, Small’s description of music as ritual in the modern classical world is a last look at what I think is now in flux, the world of how people listen to and make music.

I experienced this older ritual a couple of nights ago when I went to the string quartet concert. Even though I see this kind of stiff etiquette filled experience as vestigial evidence of past practices, there were to me aspects of the future present also. First of all, the event was preceded by a little speech by a man who was obviously involved with development (fund raising). By standing up and talking through a mike (I always think of them as ritual talking sticks, heh), he set the tone of patronage, reminding everyone of the underlying power of money to make things happen in their lives and the life of the arts. 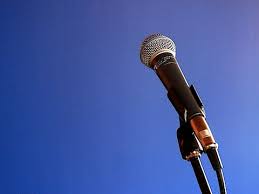 The audience was much less formally dressed than it would have been even twenty years ago. The string quartet itself was arranged a bit differently. The cellist was seated on an elevated platform which he brought him closer to the playing field of the other three string players who all stood for the entire performance. It made me think of three soloists in a concerto. Indeed all four men were very expressive and played immersed in their music like soloists.

Their playing as ensemble was however seamless.

I would boil all this down to my favorite phrase: both ritual and music are something that one “does.” They are activity. As such they are complex. By doing music and/or ritual, a language of meaning is created that cannot be done in any other way.

In recent history there has been an unusual ossification of music as an artifact. Whether this is the squiggles on the page that the musicologist/theorist squints at as he or she conjures the “true” intention of the dead revered composer or as object to be purchased and consumed in one way or another, the meaning of music has drifted from action to “thing.” Glenn Gould seems to have seen the future coming and jumped up and embraced it. I have recently been watching the movie, “Thirty Four Short Films of Glenn Gould.” It has reawakened in my an appreciation of his work in a new way. I have always enjoyed the recordings of his playing, even the nonBach ones.

But now I find that his life was intertwined with the state music has arrived at in the early 21st century. This situation is not easy to talk about because we are in the midst of it. But it involves Gould’s romance with the “microphone.” His deliberate isolation from the performance situation at the end of his life that is combined with an intense relationship to creating recordings.

I have more to say about this but see that I’m over my usual word count.

I have ordered several books by and about Gould including a copy of the screen play of the movie. 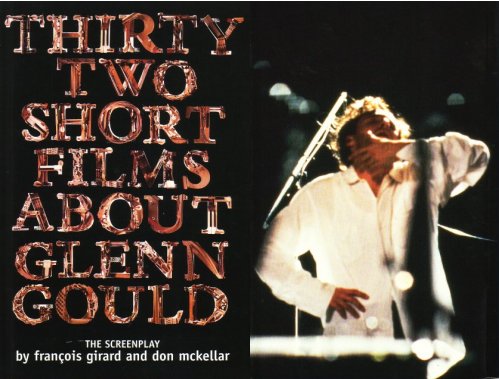 I probably will be commenting in this space as I think more about this stuff.