I’m up early again this morning. This time in order to have time to print up a few posters to put up at the college. It was my idea to publicize an upcoming meeting featuring Yun Kyong Kim, “The Performer Within You! planning, practicing and performing for concert artists.” I thought the topic should interest any young performer and might attract some non-organist Hope college music majors.

Probably not, I know. But still I will make some posters today. I realized later that I needn’t have gotten up this early. I won’t have a change to put the posters up after my 8:30 class since I am planning on having coffee with Rhonda and a new guy to the area, “Gene.”

I purchased four new ink cartridges to install in my printer. Hopefully I will be able to make a nice poster using this pic of Yun Kyong Kim.

Yesterday was a big Sunday in the life of my church. They call it Kick-off Sunday. Yesterday’s service featured one of those “modern” rites developed to help fill the voids in our culture: “Stepping Up.” It is a rite that recognizes the the transition from childhood to early adulthood. At least that’s what I got out of it.

As usual, it’s quite wordy. At least my boss put the rite directly into the bulletin instead of the usual inserts (something which I have mentioned as weird and distracting).

What I like most about the rite is the movement of the people. On the right (stage left), begin the young people and their parents and other adult figures. On the left are waiting older young people who have presumably gone through this rite themselves earlier. In the course of the rite (which is pretty wordy…. yesterday it included a psalm which was recited by the people in front with an antiphon spoken by all) the young people are prayed over by the priest and parent figures and then get up and walk over to join the other kids.

Very cool. At least I think so.

It reminded me yesterday of a description of a group of people who were meeting for some purpose I can’t recall. As sort of an exercise of development and identity they arranged themselves in order by age. The clarity this gave the group moved them deeply. Again this must have filled a ritual gap in lives.

As I was doing dishes earlier this morning, I was thinking of some “secret” pianists I know.

One is a professor. He is known mostly for his erudition and scholarship (not in music). Few people know that he is a “secret pianist” who plays Beethoven privately on his piano. The other person is a bureaucrat in a local government office. One day I caught her sitting at the piano playing Beethoven alone. A “secret pianist.”

It bothers me that our society has shut these people down a bit. Both choose not to share their music. Presumably out of a sense of inadequacy or shyness.

I continually return to Christopher Small’s idea of “musicking,” music as verb and owned by all not just the virtuosi and trained players and professors.

Yesterday at church, it was an especially festive celebration of the Eucharist. The people sang lustily. Before and after service sounds of people connecting filled the air, bustling.

The “musicking” of these people inspires me. I love being in the room and participating in their song.

I have been returning to the pleasure I derive from music. Playing hymns with congregations is one of these. Playing Bach anytime anywhere is another. 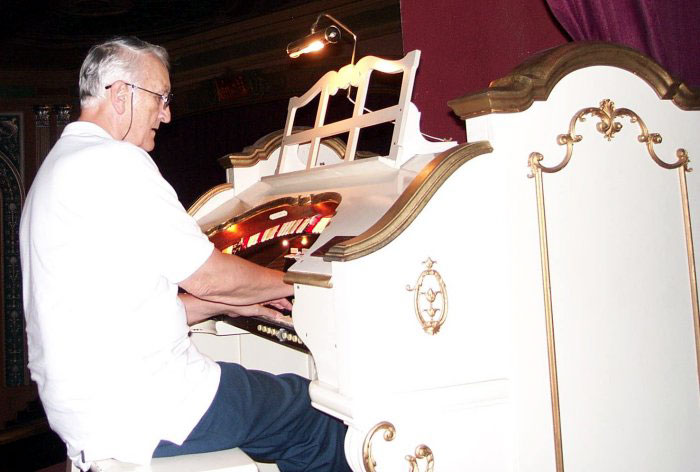 Wednesday, Thursday, Friday and Saturday of last week, I played through one of Bach’s trio sonatas for organ. I have been working through them in order. Today I will probably play through the fifth one. This is such a joy to me, this music.

I remember talking with a couple of very fine young organists who had just completed their undergraduate degree in organ performance. One mentioned that his teacher said he didn’t need to go for a masters. Instead he should devote his time to learning the six Bach organ trios.

I take this to mean they are the equivalent of a graduate degree when mastered. I buy that.

It is fun for me, because I don’t realize how many of them I have learned and performed over the years. A good number. I’ll probably figure it out after I play through all six (they each consist of three movements).

I have also played through Beethoven’s opus 119, a set of Bagatelles. I had only a couple years of formal training on piano. We didn’t get to the Bagatelles. This opus is one Beethoven wrote near the end of his life. The Groves online dictionary rather snobbishly calls the first six of the set “trifles” and points out that Beethoven described them as ‘Kleinigkeiten (German for “trifles).

This is the same word C. F. Peters used when he wrote to Beethoven about these when he decided not to publish them: “You should consider it beneath your dignity to waster your time on such trifles which anyone could have written.”

Beethoven rebuked Peters and wrote that he  “had no artistic judgment.” I found this information on their correspondence in the critical apparatus of my little edition which I purchased used from my previous teacher Craig Cramer

It may be that I am attracted to “trifles.” My beloved deceased prof, Ray Ferguson, used to cheerfully confess being attracted to light music. Of course he was talking about the French Baroque which is hardly “light” music but is sometimes heard that way by listeners.

I am intrigued by Beethoven’s use of Bagatelles am interested in the next set he wrote, opus 126. I just ordered a copy of his complete Bagatelles online for under 10 bucks (including S & H). I love the interwebs.