I had my first class yesterday.  I walked in and there was a baby grand Steinway next to the extreme clunky piano I usually use. I thought no one would mind so I opened up the good piano and strummed through “Rhapsody in Blue” (which for some reason I have been reading through).

The teacher walked in. She is also the chair of the department. She asked me how I liked the new piano. I told her it was great but I assumed it was just sitting in the studio left over from some program. No, it turns out she had procured it for the dance department. Very nice.

Later when I mentioned it to my wife she wondered about our her friend, Allan Sheets, who had donated his mother’s piano to the music department at Hope College. It’s very probable that they ended up with one too many good piano and that’s somehow related to how the dance department received its instrument.

At any rate, it’s an actual piano as opposed to what one usually has to play. At least this one. My upcoming gig at the nursing home is always a trial as far as the instrument is concerned. I usually debate about taking my electric piano or not. So far I haven’t done so. The last time the piano was slightly improved but still pretty bad. The ballet teacher had the students read the syllabus aloud, with each student reading a paragraph or so. To my ears most of them read haltingly.

Maybe they were just nervous, but my feeling was comprehension was low.

No wonder the teacher has them read it out loud. I noticed that when several of the students arrived at the end of sentence their voice sort of fell with that relief that one sometimes hears in a child struggling with reading. Later that evening I had a nice chat with a young high school student. I had invited several students from my church to join me for have pizza and help me file music in the choir room. It was mostly a ploy to pick their brains. I had one person show up. All of these kids are pretty bright. I look for ways to involve them in the music ministry but its pretty tough to do so regularly.

When I was talking to this young high school student about it, she said that she mostly just has to prioritize which commitment is in most need of her presence. She described having her long distance running coach negotiate with her band director to see which of their two events were more important for her to attend.

So of course church music is out of the question for people who are so involved. 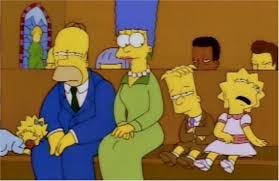 I do wonder about the busyness.

I asked her if she had any idea why kids’ time was so filled with activities. She really didn’t. 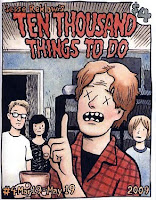 I wonder if it has anything to do with the high anxiety in the our society.  I know some parents feel they need to keep their kids busy to keep them out of trouble.  Maybe the anxiety is about achievement. Hell I don’t know.

I do wonder about those kids in the ballet class whose breathy reading was mildly disturbing to me.  Hope College is definitely a college of economic privilege. The kids in the room were probably not suffering from more typical problems of students in the U.S.A. like poverty and lack of opportunity. Still I do marvel at what people of all ages do not seem to know.  Oh well.

These articles might have been why Gershwin was on my mind yesterday. Although come to think of it I have been playing through the piano transcription of “Rhapsody in Blue” for a few days. 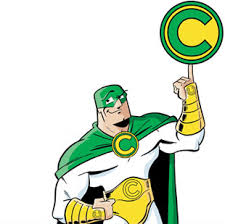 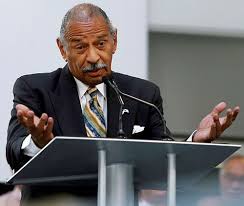 I have a lot of respect for John Conyers. And of course I feel that creators should be in line to profit from their work. But I have questions about this as well. I find it especially disheartening to read of another government official (Mitchell Glazier) moving from public to private sector in the same area (from copyright counsel to the Republican chairman of the Judiciary Committee to chief lobbyist for the recording industry association). This to my mind suggests at the very least lack of objectivity and balance (if not a whiff of corruption).

Again with the transparency.  When governments lie (like ours does routinely) extreme outing of secrets seems more warranted. But of course the government defense of keeping people’s lives safe is a sound one. One just wonders about the truth of it all.