Our internet went away yesterday for several hours. Long enough that I wondered if I had inadvertently neglected to pay the Comcast bill and it had been shut off or something. It came on later so I guess this was not the case.

In the meantime I was reduced to reading back issues of The New Yorker and the American Organist. In the March 2012 issue of the latter there was a mildly interesting interview with organist/composer, Thomas Pavlechko about coaching Brad Pitt for his organ/piano playing role in the upcoming movie “The Tree of Life.”

What was interesting about the interview was Pavleckho’s experience of working with an astute professional actor. Pitt time and time again displayed the craft of watching Pavlechko closely and then imitating his behavior. This ran the gamut from quickly noticing which stops Pavlechko pulled out and then sitting down and replicating the exact order he pulled them out to never varying the way he sat at the organ once he had figured out the posture (something Pavlechko bemoaned is so difficult to get actual organ students to do).

Anyway, I would link in the article but of course it’s not online. Good grief. 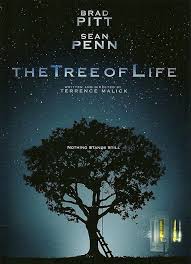 We had tickets for a concert last night and forgot. The group was called The Suspicious Cheese Lords.

The ensemble, based in Washington, D.C., seeks to broaden the global repertoire and listenership of choral music by unearthing forgotten works, breathing new life into familiar pieces, and supporting emerging composers. Specializing in early music, the unique brotherhood’s concerts, liturgies, recordings and educational programs provide a scholarly yet accessible interpretation of music of all eras, inspiring fans and future musicians alike.

The group’s name shows the members’ sense of humor, yet they take their music seriously. The Suspicious Cheese Lords’ name is derived from the title of a Thomas Tallis motet, Suscipe quæso Domine. While “translating” the title, it was observed that Suscipe could be “suspicious,” quæso is close to the Spanish word queso meaning “cheese,” and Domine is “Lord.” Hence, the title of the motet was clearly “Suspicious Cheese Lord”—which in time became adopted as the group’s name. Although the name is humorous, the group appreciates the literal translation of Suscipe quæso Domine, which is, “Take, I ask, Lord.”

link to source for this

Finished off two books of poetry this morning:

Adrienne Rich continues to draw me in and amaze me as a poet. Le Guin is a different cup of tea. Her poetry seems informed by her narrative sensibility which is considerable. I have read and enjoyed her novels. The poetry was interesting but conservative.

My requested poetry books by “beat poet” Jack Micheline arrived at the library this week. I went over and picked them up yesterday. 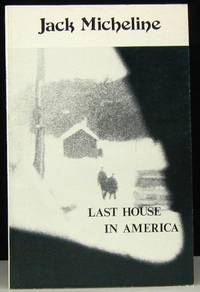 Last House in America and North of Manhattan: collected poems, ballads and songs.

I am twenty pages into the first. Ran across Micheline in The Outlaw Bible of American Poetry. He impressed me so I inter-library loaned these two books.

I note that there is no Micheline coming up on a search of Poetry Foundation website. This is practically a recommendation.

His poems tend to be long. But studded with gems.

from “Take What is Yours Your Manhood Back Again”

Scum of universities
Professors of death and biology
Now tell us there is no choice
a hungry boy sits by a fountain
and the statues fall in Rio, in Shanghai, in Cairo
power sits forever its mouth full of sores and ideology
who weep for more killing with visions of wasps and rattlers

So maybe that gives you a bit of an idea.

Here’s a pretty good analysis of the whole deal:

The Case of Agent 15: DId Syria Use a Nerve Agent? : The New Yorker

In Thailand, a Broader Definition of Insulting Royalty – NYTimes.com

Censoring a gesture with no words said. Surreal.

The power of a song. The wrong song apparently. 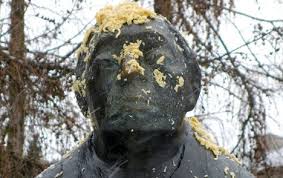 I keep reading Phillip Pan’s Out of Mao’s Shadow. The intricacies of Chinese leadership and life in the past few decades is amazing.