My thoughts have been turning to my own mortality a bit recently.

Yesterday, my doctor’s office called to inform me my cholesterol is officially high (239 :T-200/H-47/L-147). Actually these numbers (like my blood pressure) hover right at the borderline between medium and high. The caller told me my doctor recommended I be more vigilant about my diet and increase exercise. I cheerfully told her that I had done that since seeing the doctor last Tuesday.

I will do everything in my power to change my life style to respond to these changes in my body. But they are just that. Changes in my body. I am aging which essentially is a process of getting closer to not being alive.

To me this means to grasp the moments left more firmly and live the time I have been given. 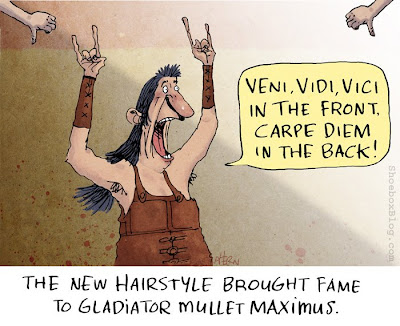 At the same time I have been considering adding some financial earning to my daily life. Our budget has been tightening as we insist on spending money on travel and time off and at the same time facing increasing out of pocket expenses for health concerns.

I feel a bit guilty because I know I am not using my earning potential. Recently a friend started asking about whether I would consider teaching college again. I find this funny because it feels like I have been rejected by local colleges.

But it’s probably been long enough that I could try again.

I have a good deal of free time right now.

Time to think, practice and compose. I have been noticing that my composing has been dwindling. I think this has something to do with needing a bit of a community of listeners or colleagues or performers as an outlet for what I write.

I have been doing some sketching. And I am slowly building a small community of people interested in what I am doing. Most excitingly I think I could write for my violinist and cellist. This is what I really need. Faces to think of as I make up parts.

I continually consider writing pieces for myself to perform alone, mostly piano. In the past I have found it satisfying to write songs (I call them my bad Paul Simon songs) for myself to perform. But I haven’t written any in a while. I attribute this to the fact that the songs were basically my personal therapy spilling into my art.

I think of Zappa and his drive and genius and am inspired. I think of Mendelssohn’s use of the music of the past which he transformed into his own musical language. I think of Leech-Wilkinson’s comments about a music composition being the expanding aggregate of it’s conception and performances.

My understanding of just what music is and what is for is growing and maturing.

This is all very satisfying and has implications for my own development as a composer and performer.

I was thinking yesterday how one of my first large works (large for me that is, I seem to prefer smaller groups of performers) was the Suite for Five Instruments which aped Baroque suite conventions. Actually was even a bit of a commentary on them.

Thinking about my continual preoccupation with music of the past, this musical use of ideas fits in well with what I understand about music right now.

An example is that I began the piece with fake tuning. The harpsichord sounds the usual D minor chord that instruments tune to and the instruments appear to tune and warm up. As the cacophony of their warm up continues the harpsichord starts trilling madly and the prelude movement emerges from the tuning.

My idea in doing this is pretty obviously. The form of the “prelude” evolved as lutenists used a series of chords to warm up and set up the key for a piece that was to follow.

So here I sit in my 21st century kitchen with all this music stuff swirling in my head.

Last summer I began sketching a piece.  And then my collaboration with the performer I had in mind took a difficult turn. I put the piece aside.

Now I am back to sketching. I have been working on some fugal ideas and yesterday I did some sketches of an homage to St. Zappa.

I sure wish Zappa’s estate made his scores more available to study and perform. I would BUY some.

0 thoughts on “mortality and music”