Seeking to perpetuate my attempts at “vacation” mentality oddly enough found me sitting at the organ at church yesterday. My prelude and postlude for Sunday are ones I know very well, so they are not requiring a lot of rehearsal. So I turned to stuff for fun and interest.

I began with Mendelssohn’s Preludes and Fugues for organ. I am easing into a deep appreciation of this composer, shedding the prejudices of my teachers and some musicologists. I increasingly think Schumann was not mistaken in his estimate of Mendelssohn as the “Mozart” of his time.  His music is clear and classic, Apollonian not Dionysian.

It is ironic that he is stereotyped as ephemeral, trite, kitschy (Charles Rosen) when in fact I find his music to be timeless, eternal, calm and rigorous in its craft and beauty. 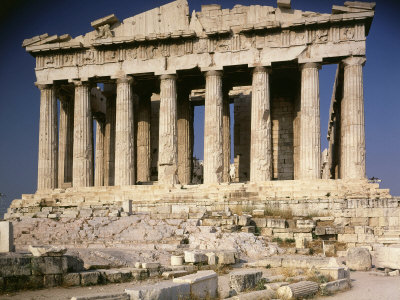 So I return to his organ works which so many organists deem as not “romantic” enough preferring the works of Vierne and Widor which I myself actually often find a bit cloying.

After some Mendelssohn I spent time with Bach’s G minor fugue.

I have a memory of this piece being taught in a Music Appreciation class when I attended middle school (Junior High we called it then). I can picture the overweight huffing teacher trying to engage a room full of boys (I think it was something that alternated with gym class) with organ music. It seems so outrageous to me now. I’m not even sure how accurate the memory is. But, I love this piece and periodically work it up. The video above is a dramatization of it with midi and visuals. I think it explicates the way the piece works quite nicely.

The irony of me seeking to relax with the very stuff of my work is not lost on me. But actually it makes sense. I have been stressing out over the Barefoot Jazz Quartet and even more so the Global Water Dance rehearsals and performances. This is good stress about things that interest me. But returning to the solitude of the organ bench and the solace of my craft as an organist is soothing and logical.  I do love the music. And I love my work.

I just need to give my self some space and quiet to gain perspective and get my “groove” back. I guess I haven’t entirely lost my groove since I am composing, learning and performing  music which is basically how I want to spend my time.

My friend, Jordan V., emailed me yesterday that he had found on Lemonjello’s web site an announcement that they were not hiring music acts for the summer. Usually by this time the owner has asked me to consider playing a gig there. I figured maybe he finally decided to give in to my lack of popular appeal. Jordan kindly disagreed with this and insists that I have a kind of appeal. I am flattered that he says this. It’s not an inconsiderable compliment coming from an adept musician.

But I do notice that I’m not immensely popular and my gigs are sparsely attended. Which is not to say that I don’t appreciate the people who value my work. I long ago figured out that my art appeals to a minority of listeners. I live in an area in which the intellectuals are conservative and a bit provincial. It is absurd for me to expect a large following.

If I lived in an urban area or a less provincial one (say Ann Arbor) I would still appeal to a minority but I think I would get a bit larger following because what I am doing would be understood better.

But I could be wrong about that. And it is something I’m not too concerned about since I get my basic pleasure from writing music and then somehow having it performed. It is the “doing of it” that appeals to me.  Of course, part of this process is the work of the listener. Which is why I come out of my hole and perform occasionally.

And of course people can and sometimes do listen to my work at church.

Some interesting background on the situation recently highlighted in a Supreme Court decision.

Public promises of civility always get my attention. I remember when George W. Bush made the same promise. I even wrote him a letter when he was president thanking him for his efforts in this area……

Last night I kind of made this for myself, chicken-mushroom-pea pasta for Eileen and messy but excellent strawberry pie for both of us. Mmmmmm.

I created a new folder of bookmarks called “filter blogs.” These links are all in it. I think of them as “aggregate sites” but “filter blogs” sounds cooler.