Trying to finish up Declan Giberd’s Ulysses and Us, I came upon the following:

“As late as the 1980s, many older readers were still unready to meet the challenge, routinely denying that Molly could have been masturbating. When the Irish actress, Fionnula Flanagan, performed the soliloquy in this way, scholars in Minnesota walked out in protest, angrily handing back memberships of the James Joyce Foundation like war veterans handing back their bravery medals. The very idea of this lonely woman pleasuring herself was too much for them. These scholars had been educated in an upbeat American tradition which saw Molly as saying ‘yes’ to love and to life, in the spirit of Stephen’s definition of literature as the affirmation of mankind. But Joyce, more somberly, had been asking: does she? Her ‘yes’ might also be sad, since it is the strategy of a lonely monologist, who hopes that somebody might be there listening. Like the self posted letters, it is the device of a woman left with nobody to talk to but herself. ” p. 263

Although I certainly have some people to talk to, I like the idea that blogging might be the “strategy of a lonely monologist who hopes that somebody might be there listening.” Very nice. 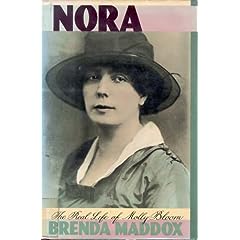 Molly is largely based on Joyce’s wife, Nora, above. If you’ve never checked out Ulysses, it is the voice of Molly that closes the book in a chapter of wonderful streaming words. Recommended.

I find so much false in my day to day life. Intellectual and emotional dishonesty abounds. Not to mention the walking wounded. Good grief.

I need to get on the dang treadmill and blog more later I guess. Eileen and I have watched Hanif Kureishi’s film, “My Beautiful Launderette,” twice this week. 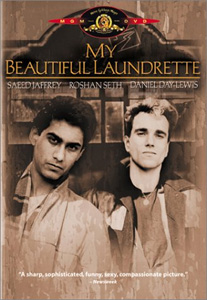 This man’s work fascinates me. I have the screenplay in a collection of his and am thinking about this movie quite  a bit. For now let it suffice that I think he has something important to say about racism and living in a time of mixed cultures. More later.