I value the fact that people who have “friended” me on Facebook have such diverse ways of seeing life. I’m especially happy to have “friends” there that see things so differently from me. This includes people who I think of as more in keeping with the majority of Americans, that is, who have problems with government regulations and see social issues so differently from me. I know that many people see my news sources (such as the New York Times) as biased to the left. They don’t seem to see the accuracy and in depth coverage that I see in the reporting. I search all news sources for their bias. I do see bias in op ed pieces in the New York Times and not just from one side. I enjoy this. When I follow up on other’s mentioned sources of information as I often do, the first thing I try to do is to understand what the purpose of the web site/journalistic source is.  I do this by looking for statements of purpose and obvious distortions from one point of view or another especially in reporting.

Obviously I’m just a citizen reader type, but it’s surprising how just a little poking around can reveal hidden agendas. 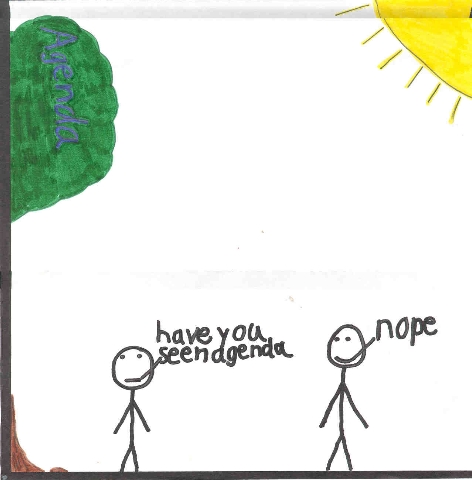 It seems to me that right wingers have a worse problem finding sources of information they could trust. Maybe this is just my own bias, but I do stay on guard for my own bias having learned in Deborah Tannen’s book, The Argument Culture, that when we agree with the bias we don’t see it. We are much more likely to detect it (even by upset by it) when it’s something we disagree with. On the Media’s current show does a nice synoptic radio show which condenses a series they did on bias last year. But what’s really on my mind is some articles I read yesterday that deal with the deliberate abandoning of truth in the current presidential campaign.

Benjamin Kunkel has written a hilarious and disturbing article he calls “Politico-psychopathology: Neurotocrats vs. the Grand Old Psychosis.”

Kunkel is someone whose bias seems to be my own. I think of it as rigorous thinking combined with compassion for underprivileged and a concern for real justice. In other words I’m the soft headed liberal all the conservative talk shows warn about. I do recommend Kunkel’s article because his basic metaphor is that we as citizens are like therapists as we listen to the public debate.

The point is only that if we listen to his words—or to almost any contemporary political speech—we find ourselves not in the position of a rational interlocutor, but in that of a shrink faced with a patient: here is a someone who either doesn’t believe what he says or says it for other reasons than he gives, and yet whose real reasons and motives are inaccessible to us, and may be to him, too.

He is harder on Republicans (psychotic) than Democrats (neurotic), but he does have a point. I could excerpt much of his prose, but instead just urge you to read it. It’s one of those laugh and weep articles. And for those of you who are convinced I am a lily livered liberal, you have been warned about his bias. I found two more news sources to book mark and check this week. NewsMax seems to me to be obviously right wing. National Journal is an inside the belt way source. If you disagree with government, you might see a bias there in its preoccupation.

He Said, She Said, and the Truth – NYTimes.com

Speaking of the “truth,” the new public editor for the NYTimes seems to have done some of the same reading I have about false equivalencies in sources.

Inside the strange Hollywood scam that spread chaos across the Middle East | Max Blumenthal | Comment is free | guardian.co.uk

This link has some solid reporting about the current crisis.

It’s Not About the Video – NYTimes.com

And this conservative pundit has some good comments about it as well.

Valerie Plame Wilson: Why Is the U.S. Government Bullying an American Hero?

This article disappointed a bit. There’s not much more to it than Valerie Plame Wilson using her public platform to ask the question in the headline. I agree with this criticism of the current administration. I will still hold my nose and vote Obama. I even ordered a bumper sticker.

Why (and How) Romney is Playing the Race Card – NationalJournal.com

I found this article interesting (if obviously biased in my direction) because the reporter and the people he interviews all hail from East Detroit. He also addresses the “coding” of bigotry and the race card from the speaking of the right. I always find this fascinating because I first began thinking about “coding” in political rhetoric in the 60s and 70s listening to people soft pedal hate of black Americans with talk of “busing” and other code words.