You might think from today’s title I was going to complain about my hives. But instead I’m thinking of the fact that this morning finds me immersing myself in church music reading. I have beeni enjoying reading about hymnody and the history English parish congregational singing, not to mention iJerusalem, n Alan Moore’s does a lot of referring to hymn writers and hymns (who knew?). This morning after Greek I pulled out my 82 Hymnal Companion and read up on the hymns I will play next week. In doing so, I ran across a reference to Temperley’s article in the Hymnal Companion, “The tunes of congregational song in Britain from the Reformation to 1760.”

This is a useful short summary of his work on this subject and ties in nicely with my reading. I enjoyed checking out next week’s hymns. If I found something fascinating I would write a bulletin note. The reading was interesting but not fascinating. I am beginning to see the  history of hymnody especially Anglican and related hymnody in a clearer way.

Last night I was unable to concentrate and do too much reading. Instead I fired up my Roku and re-watched the first show of Diarmaid MacCulloch’s History of Christianity.

I am not that good at watching images these days. I started out interested. The scenery of places in the world related to the Christian Church is one of the strong points of this series. MacCulloch bravely looking at stuff, with his hair ruffling in the wind and sincere passion in his eyes, is not. I admire his writing, but as I say I am not that patient with moving images at this stage of life.

After watching the silly weekend PBS newshour, I queued up some videos from my YouTube subscription.

What Misko does in his guitar arrangements is amazing. This was released this month.

I then randomly listened to another new video.

Church went fine yesterday. Many people greeted me and welcomed me back. They sang up a storm which is always fun. The idea of using improvs for preludes and postludes seems like a good one. People aren’t looking for repertoire and frankly most of them aren’t listening that closely which is fine. A little improv works well and is super easy for me to prepare and execute.

I still have my hives. They vary in intensity of itchiness. They weren’t a problem at work even with the choir robe that I routinely wear. However, I am a bit skeptical that this second round of prednisone will do the trick. I had a friend at church say that she took this drug for something similar but longer and presumably in larger doses.

The good news is that despite still having high BP my weight is going down. I expect this to help with the BP. But it’s good news because we are eating so good due to fresh fruit, cheese, and newly made jams (Blackberry AND Pepper Jelly). I told Eileen yesterday that if I can lose weight eating like this then there truly is a god. 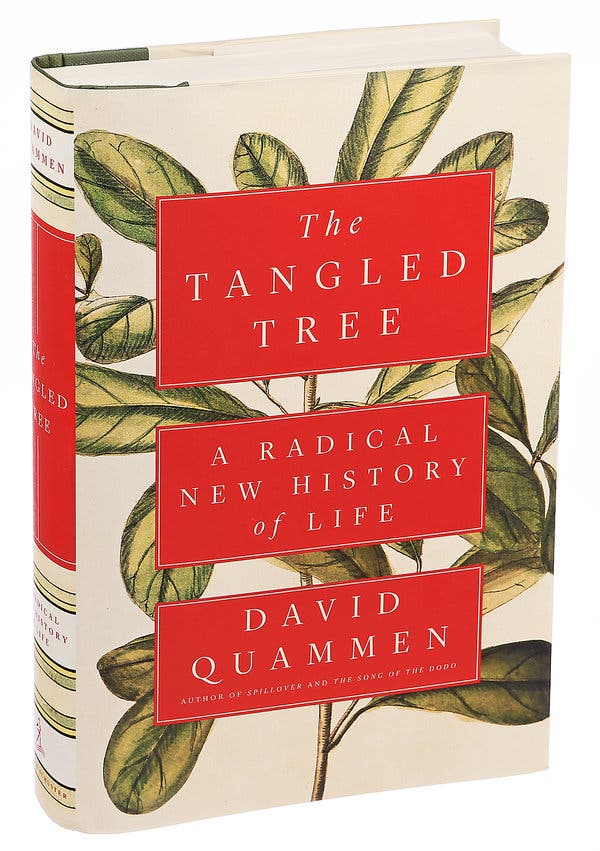 This book describes a mind boggling discovery in the late 20th century that I had never heard of:

“Genes, as it happens, do not merely flow vertically from parent to child. They can move horizontally (known as horizontal gene transfer). They can move between species. “Roughly 8 percent of the human genome consists of the remnants of retroviruses that have invaded our lineage — invaded the DNA, not just the bodies, of our ancestors — and stayed,” Quammen writes. The gene that gives us the human placenta came to us from a retroviral infection. ”

Get that? This explodes many notions of how evolutionary changes happen. Way cool.