I didn’t blog yesterday because I was traveling home from California. We had good flights.

Eileen and I both returned pretty exhausted from our “vacation.” Heh. But, all is well. I do not have to play church today and that seems very wise. I rested well last night, but it’s good to have a day before I have to work. Tomorrow, I begin playing the Cecchetti Ballet camp here in Holland. I haven’t listened to phone messages yet, but I’m expecting a phone message with instructions on when my first class is scheduled and also where it is to be held.

Vacation is often a time to do some pondering and gain some perspective.

I did this last week. It seems to me as I approach my sixtieth birthday, that I have shed a bit of the habit of continually doubting myself in an effort to see issues from all sides. This is either maturing or the influence of my wise wife.

Probably a bit of both. At any rate, it is much easier for me to dampen the voices of unreasonable doubt with common sense than it used to be.

I am hoping to retain the mild sense of balance and perspective that can come from some time away. I could probably use another week, but that’s probably always the case.

Several of the books I have been reading over vacation have helped guide my ponderings.

The musings and interesting perspective Misha Glouberman provides in his co-authored Chairs are Where the People Go: how to live, work, and play in the city continue to echo in my head even though I haven’t finished the book yet.

“At a certain level, virtuosity has only one thing to say, and that is: Look at how good I am.”

I’m glad he qualifies his statements with phrases like “at a certain level.” Skill and virtuosity is something that musicians never quit seeking. But when it becomes the ends rather than the means I find my own interest waning.

Glouber says this and I have found this to be my experience as an improviser:

In my life long love of music, I have found this to be true. From the beginnings of sitting down alone at the keyboard and figuring out sounds to becoming a seasoned more mature improviser, I have always been more interested in discovery and surprise than anything else.

I have found as a composer, I sometimes dry up. But as an improviser, so far, every time I have put myself in the presence of an instrument, I seem to find something to say. And it often if not usually is a moment of surprise and loss of individuality and control. I love this.

I finished reading Josephine Tey’s murder mystery, The Man in the Queue, somewhere in the sky between Houston and Grand Rapids.

I associate Josephine Tey with the late great Alec Wyton, Episcopalian musician extraordinaire. He died recently with Alzheimers. I was the one lucky enough to escort him back and forth from a workshop once in Detroit. He was a gracious and interesting conversationalist. Our talk drifted to reading and murder mysteries. He mentioned Josephine Tey as a special love of his.

The story in this book takes place largely in London. The murder is in a line for a  play on the West End. I have been to many places mentioned in the book. This made an added pleasure as I read it.

I also have been reading and benefiting from these two: 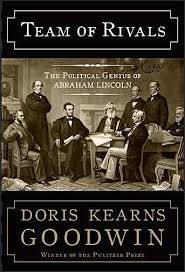 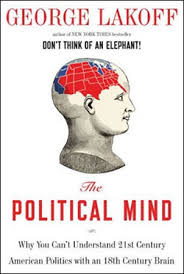 I know I’m repeating myself. But I am thinking about my musings during vacation.

I read the first 3 chapters of my son’s copy of the Doris Kearns Goodwin. I will definitely get hold of a copy and continue reading about Lincoln and the men who were the “Team of Rivals.” Goodwin tells a fascinating historical story and I was getting a lot out of it.

I am well into Lakoff’s exposition of ideas and theory that integrate brain science insights into ethics and politics. His ideas are clear and engaging and I plan to finish reading it.

I found that Uncle Tom’s Cabin sometimes was a bit victorian for me. At points Stowe’s prose and plot just about rises to sounding a bit like Dickens but not always. It’s still on my list, however, and I would like to read more in it.

If you missed this, I recommend clicking the link and reading it. Dudley Clendenin, the author of the article,  is dying. But as he faces his own death, he finds a new meaning in living. Very instructive and moving.

David Brooks commented on this article and then also linked 3 more I plan to read:

L’Chaim and its limits Why not immortality

I have been following Kent Tritle’s career as a church musician from afar for years. I admired his ease with various musical styles as he headed up the program at St. Ignatius Loyola, New York.

Now he has gone to the Cathederal of St. John the Divine, (Alec Wyton’s old gig).

I found out from this article that he (like myself) was a non-Catholic serving in the Catholic world. He also mentions that he thought being gay and partnered was more congruent with the Episcopal church than the Catholics (carefully pointing out that his previous employers had no problem with it, even if the official stance of the church was against it).

Yay! It looks like he is a very good choice for the Cathedral of St. John the Divine.

Here’s where I first read about it:

This is one
of the zillions
of pics I
took in China.
More to follow.
We are safely
home in Holland and have the rest of this Monday to relax. I have to teach tomorrow and play a rehearsal in the evening but Eileen has the whole day off.

Edison needed lots of attention after we got home this afternoon. He seems no worse for the wear.