Up early reading poetry and history this morning. Poetry = Paterson by William Carlos Williams. History = Among Empires by Charles S. Maier. I suspect that reading instead of blogging over my first cup of coffee is helping to relax me more. At least my blood pressure has been more normal for the weeks I have been doing this. 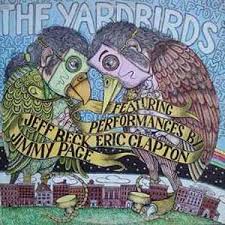 I have been turning to some guilty musical pleasures for treadmill listening lately.

I still have the vinyl of a two record set of the Yardbirds. I tried to use Spotify to listen to cuts off it. This particular collection did not come up. When I tried to reconstruct it I found that certain cuts were not available on Spotify. Interesting. I found enough to make up more than the 40 minutes I treadmill so I was pretty satisfied. 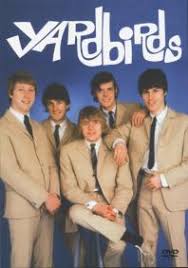 If you don’t recognize the Yardbirds, you might be interested to know that at one time the guitarists included Jeff Beck, Eric Clapton and Jimmy Page.

Their work with the Yardbirds always interested me.  Solid writing and interesting production (especially for the time).

In a previous session treadmill session I pulled together tracks by another guilty pop pleasure of mine (I have classical ones as well): Janice Ian. I no longer seem to have any vinyl by her. I bought her first album new when I was sixteen (above). I remember because I noted that she was also sixteen when she made it.

Here she is on Johnny Carson. I have seen this clip. Probably not live. At the time, I was struck by how she made Carson and McMahon seem so funny with her calm sincerity. In retrospect I think I probably had a fan crush on her.

I pulled together tracks I recognized by her on Spotify.

I used to own all these vinyls as well:

I still think her song, “When the Party’s Over,” is a pretty good song.

Eileen and I saw her live at the Ark a few years back. I still admire her abilities and think she makes a great old lady.

She has a good web site as well and routinely gives away free recordings.

Qaddafi and the Lives of Tyrants – NYTimes.com

I disagree with the notion that Quaddafi murder was “fitting.” But this is a fascinating enumeration of deaths of tyrants

“… [I]n recent years, some financiers have chosen to live in a government-backed featherbed. Their platform seems to be socialism for tycoons and capitalism for the rest of us. They’re not evil at all. But when the system allows you more than your fair share, it’s human to grab. That’s what explains featherbedding by both unions and tycoons, and both are impediments to a well-functioning market economy.”

I have watched academic scholarship go from grudgingly embracing non-classical music to enthusiastically pursuing it.

Iranian refuses to play an Israeli in chess meet. Sheesh.

China fears the Arab Spring and may end up contributing to its own problems with taking away popular entertainment.

2 thoughts on “guilty pleasures from my past”