My new reading glasses came in today. They are “progressive” or “computer”  glasses. Essentially they are blended trifocals with the center part of the lens focused around  fourteen inches or so. I got them with the idea of reading music and directing the choir. We’ll see how they work out.

One of the disadvantages so far is that rectangles (like a computer or tablet screen) appears to be trapezoid.

Notice in my pic above, no bandage. Tomorrow I go to get stitches out. I received a copy of the report the gamma camera tech person submitted on my online access today. She cited some trace evidence in my test:

“Findings: Activity is seen at the left head/scalp injection sites.
Activity is also noted within a sentinel lymph node within the
left-sided cervical neck region. There is an additional linear
extension of radiotracer uptake extending inferiorly from the
injection site, possibly preauricular in location. There is a
suggestion of very faint radiotracer uptake within the left
supraclavicular region.”

You can see preauricular area in this pic: 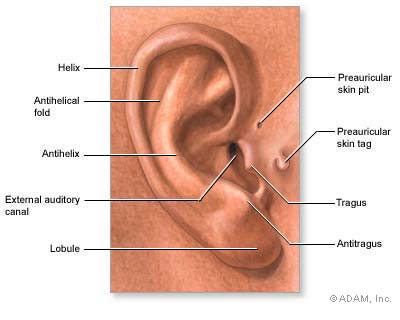 and the supraclavicular region in this pic:

I am expecting that they didn’t quite get all the cancer.  I’m braced for more treatment. I would like to beat this if I can.

I have been spending a lot of time with the Fitzwilliam Virginal book. I am finding this music very satisfying to play right now.  William Byrd and John Bull and others exercise their compositional ingenuity that is so evident in the choral work of Byrd on the keyboard. Lots of very clever imitation between voices and beautiful melodies and chord progressions. I have been playing it on  my cheapo synth and think it sounds fine.

Plus I have been listening to James Harding’s recording of the complete Fitzwilliam Virginal Book on Spotify. I like how he plays and the music is working for me.  I was listening to it this morning when “The Carman’s Whistle” by William Byrd came up and Harding switched to 4 foot stops on an organ. That’s exactly how I have performed this piece. Cool.

Here he is playing a different piece on organ. I think it’s quite nice.

Eileen and I are talking about eating less processed food. Today I went to the library and grabbed a bunch of cookbooks with this in mind. We are increasing the amount of fresh fruit and vegetables we are eating. The theory is that the closer you get to real food the better your diet and you probably should lose weight. Of course my downfall is my nightly martini. But as I said to Eileen today when she pointed this out, I like to think of it as pleasure not a downfall. My weight is creeping down despite the alcohol.

Eileen is making chili and decided to skip the sugar and ketchup she usually puts in it and instead put in some real maple syrup which is less processed than the ketchup and probably better calories than refined sugar.

I see that Fox news was featuring some skepticism from Nate Silver about the influence of Russian bots on the 2016 election.

Reading LikeWar: The Weaponization of Social Media I disagree with the esteemed  Mr. Silver (who was probably misrepresented on Fox News).

Here’s a paragraph I marked from my reading this morning.

Writing about Russian bots, the authors point out that “If a few thousand or even hundred of these digital [robot] voices shift to discussing the same topic or using the same hashtag all at the same time, that action can fool even the most advanced social media algorithm, which will mark it as a trend. This ‘trend’ will then draw in real users, who have nothing to do with the botnet, but who may be interested in the news, which itself is now defined by what is trending online. These users then share the conversation with their own networks. The manufactured idea takes hold and spreads, courting ever more attention and unleashing a cascade of related conversations, and usually arguments.  Most who become part of this cycle have no clue that they’re actually the playthings of machines.” p. 140

They cite the 2013 Guardian article:  How low-paid workers at ‘click farms’ create appearance of online popularity.

It appears to me from my reading that there is much careful scholarly understanding of what is happening to us online, but the knowledge is not widely disseminated (makes sense, since so much of it is in books…. ahem).