I had a very full day yesterday. I began it cooking. More and more I find cooking a relaxing thing to do.

Although Palm Sunday is an important feast in the church and I had some stuff on my mind regarding it’s execution, it was still a good thing to make cornbread, blueberry strudel and do some preparation of the sauce and vegetables for the vegetable stroganoff I planned to make after church.

I took my guitar to church so that we could sing hosannas at the blessing of the palms outside. 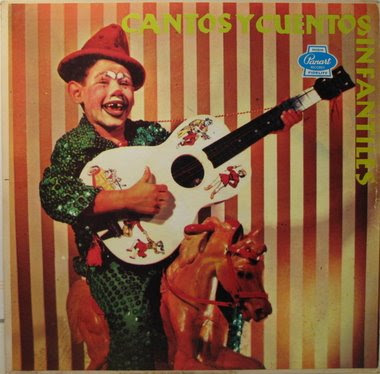 This went pretty well. The congregation sang. The choirs were a bit tardy getting outside even though I alotted five minutes for them to robe and get out there. Maybe that wasn’t enough. The youth were so late they missed their descant on the Taize hosanna. Interestingly, as we processed people felt we should be singing and spontaneously sang “All Glory Laud and Honor” printed in the bulletin. As I said at the time, “God forbid they should sing.” I wish now that I had attempted having them sing the Taize hosanna as we processed instead of opting out of singing. Next time we’ll sing. I plopped down at the piano and began playing the hosanna to try to gather the singers in the church. This worked okay, except I had originally planned to use organ and the music for the “All Glory Laud and Honor” was over there. Plus I had forgot to put on my glasses. But it all worked out fine. And the youth did get to join in on the descant in the church.

The anthem (“Crucifixus” from the Bach B minor Mass) went very well. I began the pregame rehearsal with some clever vocaleses aimed at warming up morning voices and also practicing the pure vowels this group needed to sing this piece well. I had a couple of these up my sleeve. One never knows why things go well or poorly but I like to think that the preparation helped. It also helped immensely that I had an accompanist for this one so that I could stand and conduct.

My Brahms postlude didn’t go that great but you can’t have everything I guess.

I find dealing with so many broken people exhausting. Several of the musicians were quite draining in the way they conducted themselves yesterday to this introvert.

But that is my usual experience of working in church so there you go.

After church, I came home and finished making the vegetable stroganoff. I think it was a mistake to prepare the sauce the way the recipe called for.

Actually I didn’t quite do it the way it called for, since it said to simmer it 30 minutes in a double boiler. Instead I simmered it on a burner covered with one of those old fashioned heat pads that allow you to cook at very low temps. The sour cream/yogurt still curdled. Eileen and I agreed that it would be better if I did it like she makes beef stroganoff and add just sour cream at the last minute. Next time.

We waited until 3 pm to go see Dad. That way we missed the crazy Christians who come by and conduct Sunday services for the elders. Dad looks pretty bad. He can no longer hold his head up. So he slumps down in the wheel chair and can basically see his belly. Impossible to get eye contact with him which is pretty frustrating. He is obvioiusly failing. The nurse said they were looking into getting a neck brace to help him hold his head up. When they put him in the comfy chair he does put his head back and can then see better. But someone has to be with him every minute if he is in the chair to prevent him from falling. So they can only do that when they have time. She also said that they do get him up and walk him from time to time as well. This was a very tough visit.

When we got home, Mom called wondering what was going to happen to her. I told her the plan and she seemed okay with it. The plan is to pick her up at the psych ward and take her directly to her new digs at Maplewood assisted/independent living. This entails quite a bit of prep on my part this morning but it’s all doable. I have to confirm that they can admit her. Then arrange with the bank to cash a CD to pay for her entrance fee and first month rent there. Confirm with Pinerest that Mom can walk out the door. Then go get her. The goal is to get this all done before noon. We’ll see.