Bach’s son, Carl Phillip Emmanuel, and his student Agricola wrote in his obit: “His [Bach’s] serious temperament drew him predominantly to hard-working, serious and profound music [arbeitsamen, ernsthaften, und tiefsinnigen]; but he could also, if it seemed necessary, particularly when playing, make himself comfortable with a light and playful manner of thinking.”

The quote is from Peter Williams’ J. S. Bach: A Life. Williams concludes: “The Obituary’s remark was to counter any reputation Bach’s serious music had amongst everyday musicians, especially those engaged in the musical confections being marketed in the 1740s and 50s. But it brings us very little nearer envisaging his own approaches to performance, above all in the mature works where the intended Affekt is by no means always obvious or exclusive. The Aria of the Goldberg Variations is a good example: if it was meant to sound, as usual today, andante, dolce, piano, affetuoso, cantabile e tenero, it seems odd that none of these words (the first five of which were all used elsewhere by Bach) appears in the score. Furthermore, if the Aria were affetuoso, so woul be its ‘prototype’, the G major sarabande in the French Suites. So used now are listeners to being transported by the Aria’s opening bars to a unique contemplative world, especially by modern pianists, that envisaging anything different, anything more ‘light and playful’ is difficult. But not impossible.” p. 297, emphasis added

After reading this, I went to the Aria myself and tried playing it a bit more playful and just a tad faster than Glen Gould (whose name seems to be in the sentence above about ‘modern pianists’). It worked. Then I began playing the other variations. When the theme is not quite so ethereal the variations make more sense to me.

However when I searched on YouTube among the many versions there, I couldn’t find anyone who played the Aria that way. In fact, they sounded strongly influenced by Gould and think they probably are.

This is odd since Williams is a well known expert.

Zadie Smith Reads “Crazy They Call Me” – The New Yorker

It got me thinking about Billy Holiday. I pulled up the documentary on “Strange Fruit”

I love Billie Holiday and I love the way she sings this bitter song. For some reason I thought she had written it. But it turns out it was written by a white Jewish guy named Abel Meeropol. 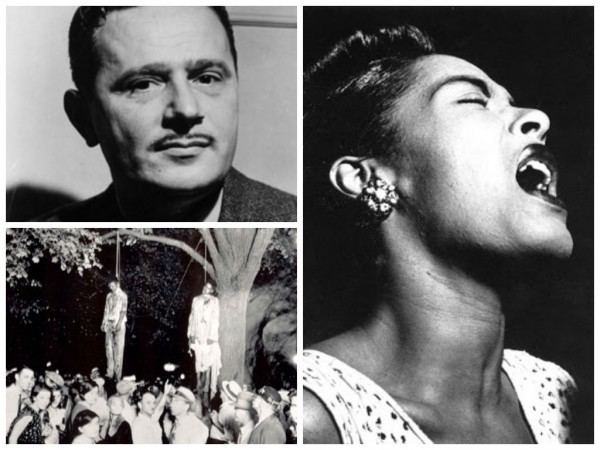 If you don’t know this song, here’s a video of Billie Holiday singing it.