The record is “The Varese Album.” It’s a two record set issued in the 60s and conducted by Robert Craft. There are ten tracks. I downloaded “Ionisation, for 13 Percussionists,” “Density 21.5, for flute solo,” “Deserts for brass, percussion, piano & tape.” I played these yesterday and Eileen commented that she liked them. They are abstract works and do like them quite a bit. 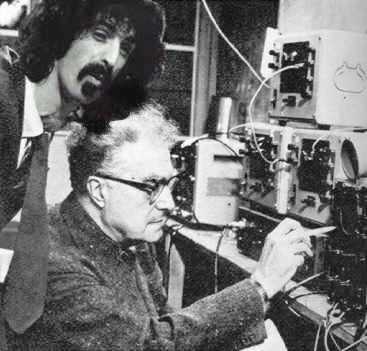 Varese was a favorite of Frank Zappa’s and I’m reasonably sure that’s how I was introduced to his work. Zappa used to put a quote by Varese on his albums: “The present day composers refuse to die.” I always thought it was a joke. Of course they refuse to die. By definition they are alive if they are in the present day. But apparently Zappa was quite serious about it. 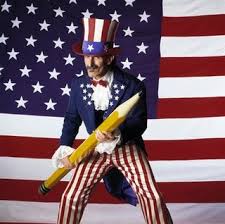 As a young man, Zappa telephoned his idol, Varese, who was living in New York.

Here’s his description from a 1971 Stereo Review article:

“On my fifteenth birthday my mother said she’d give me $5. 1 told her I would rather make a long-distance phone call. I figured Mr. Varese lived in New York because the record was made in New York (and be- cause he was so weird, he would live in Greenwich Village). I got New York Information, and sure enough, he was in the phone book.

His wife answered. She was very nice and told me he was in Europe and to call back in a few weeks. I did. I don’t remember what I said to him exactly, but it was something like: “I really dig your music.” He told me he was working on a new piece called Deserts. This thrilled me quite a bit since I was living in Lancaster, California then. When you’re fifteen and living in the Mojave Desert and find out that the world’s greatest composer, somewhere in a secret Greenwich Village laboratory, is working on a song about your “home town” you can get pretty excited. It seemed a great tragedy that nobody in-Palmdale or Rosamond would care if they ever heard it. I still think Deserts is about Lancaster, even if the liner notes on the Columbia LP say it’s something more philosophical.”

I love that story. So I met with Linda Graham, the mastermind behind the local expression of the upcoming Global Water Dances. Even before we discussed my piece, I could see that she needed something different for the dance. So I came up with the idea of writing another piece for her dance design.

Now I am thinking of the new piece as a second movement of three. “Easy on the Water” would make a good first movement. I am calling the new piece, “Ebb and Flow.” Haven’t worried too much about what the third one will be because I need to concentrate on getting “Ebb and Flow” written quickly so it can be learned and rehearsed, hopefully with the dancers.  At this writing I have worked out the four sections of the piece the dancers will need. FWIW, here they are:

I. The Dance Begins

Dancers join as the dance moves back and forth.

Individual dancers drop out and freeze and then rejoin.

Individual dancers drop out and dance, then rejoin.

All burst into the water!

I have the first section done. For the other sections I have a measure or two written which I now need to flesh out.

“Wills” is the author, Gary Wills. “Wills watching” is what the staff of William Buckley’s National Review used to call keeping track of him after he defected from the right to the left.

This is a review of Wills’s new memoir, Outside, Looking In. Though McDonald certainly sees Wills (and the world for that matter) much, much differently than I do, it is an interesting review. I read the introduction and part of the first chapter online. It looks like a good read to me.

I found this little tidbit interesting:

“… [I]n his new book, Wills castigates Buckley for having “poisoned the general currency” of the word “oxymoron.” Buckley, per Wills, thought it was a fancier word for “contradiction” and, as a result, legions of conservatives are now wont to say, as Buckley first did, that an “intelligent liberal is an oxymoron.” But Wills observes that the Greek word means something quite different: something that is surprisingly true, a paradox, a “shrewd dumbness.” Point taken: definitional precision matters.

I didn’t know that about “oxymoron.” Very cool.

Letter of Hitler’s First Anti-Semitic Writing May Be the Original – NYTimes.com