I’m hoping I’m not being foolish in accepting more work from the Hope College Dance department. The chair called me this week and offered me another class to accompany, “Modern Dance.”  It will be my first non-classical ballet class. The teacher is a woman I have worked with before and actually have seen her perform Modern Dance with her husband in a duet piece.

I’m scheduled to accompany an 11:00 AM class today, as well as an evening warm-up for this evening’s dance concert. The reason I’m hoping it’s not foolish is that I seem to be on a pretty hectic schedule and am pretty fatigued. Now I have accepted more work.

I told my wife last night that it would not be my first choice to “stretch” myself at all when I am this stressed and tired.  Although it will probably be a bit of new task to accompany Modern Dance, I’m pretty sure I have the chops. I just would like some time off from stuff and I don’t really see it in the cards.

The Modern Dance class will meet three times a week which brings my load up to four classes that meet over all five weekdays.

My piano trio decided it would perform the first movement from Haydn’s lovely E minor piano trio H. XV no. 12. a week from Sunday as the prelude. Without repeats it clocks in at about six minutes. I had prepared a baroque violin sonata by Loeillet for us to perform that day. But after we read through the Haydn movement we all agreed it would be a fun prelude to perform in the near future. We will be doing the Gigue from the Loeillet as the postlude that day.

I found it interesting to compare two obits of the recently deceased journalist, David S. Broder.

David Broder, Political Journalist and Pundit, Dies at 81 by Bruce Weber of the New York Times

I read the NYT obit first and was struck by the negative jabs it took at this man while acknowledging his prominence and abilities.  Weber writes that Broder’s writing style could be “pedestrian.” He mentions a recent profile in Time magazine which he describes as “flattering.” He quotes Paul Begalia’s assessment that Broder was a “gasbag” and “the Hindenberg of pundits.” Only later does Weber reveal that Begalia was the subject of Broder’s implicit disapproval in his book, ““Behind the Front Page” (1987).”

None of this was in the Washington Post obit where Broder worked. Broder did work for the New York Times briefly but left quickly and apparently very dissatisfied. Interesting to compare the obits of the two rival papers.

I haven’t read this article about the King hearings, but I did read one which suggested that if King was truly interested in home-grown terrorists in the US he should check with the Southern Poverty Law Center for one of their hundreds of violent groups they track. I’m a fan of this organization.

I deplore the direction King is taking our public discussion. What I have heard from the hearings from yesterday hold out the hope that this angry politician is inadvertently allowing some reasoned and emotional assessments of the travesty of hate against Muslims in America. 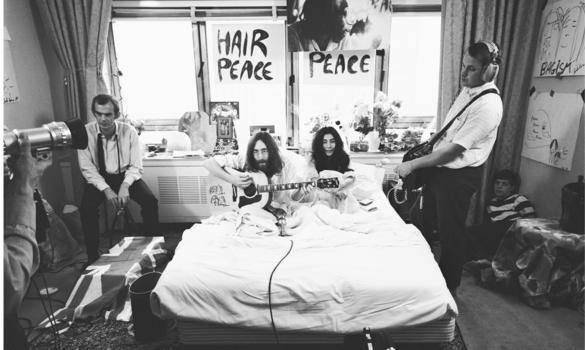 Give Peaceful Resistance a Chance – NYTimes.com What the West Can Do to Help the Libyan Rebels – NYTimes.com

The Case for a No-Fly Zone Over Libya – NYTimes.com

A couple of articles about possible US intervention in Libya. I have no idea how I feel about this, but it is fascinating to track and watch. Glad I don’t have to make this decision.

This is a short little article I bookmarked to read by Simic the poet.