I notice that in my reading there are several authors I admire and value who are speaking from a clearly Christian context. Flannery O’Connor is one.

I copped her complete stories from my brother’s online collection of ebooks. I already own this book in a hard copy. 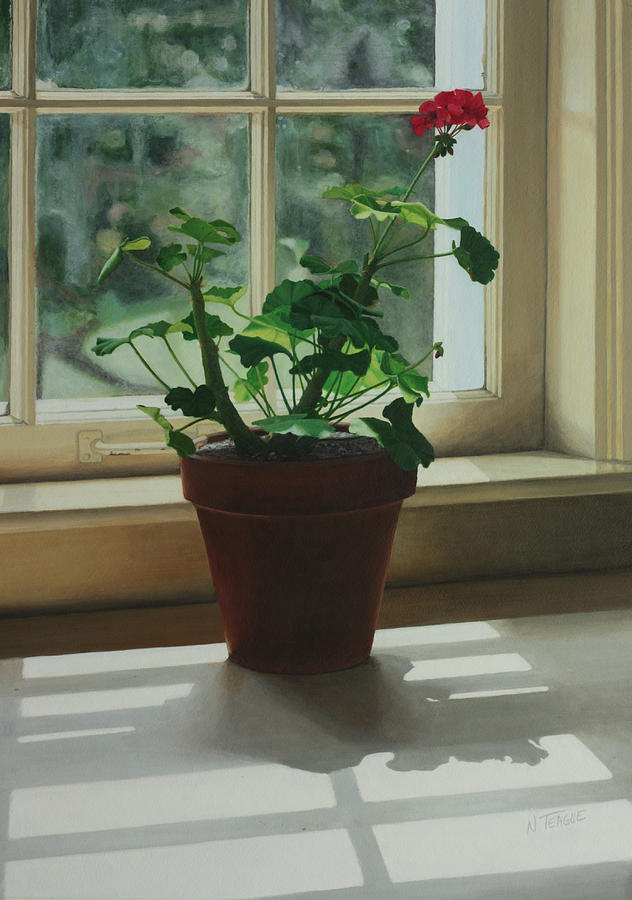 It is a lovely sad story about a fat white elderly southern man transplanted to New York to live and presumably die with his daughter.

The story is an interior monologue of a confused bigoted sad man. He passes the time noting that the neighbors across the way put out a geranium on their window sill each day to give it light. The geranium is not doing so good. First it reminds the old man “of the Grisby boy at home who polio and had to be wheeled out every morning and left in the sun to blink.” It’s not too long before the geranium makes the reader think of the old man himself, his age and his girth making him a kind of invalid whose mind is slipping as his body is weakening.

I’ve read the story before but it hit me a bit harder this time.

Not only am I myself closer in age to the figure in the story, but I also witnessed my Father’s slow death from a kind of dementia which debilitated his intellect and his body.

I ran across a passage this morning in Ann Carson’s essay, “Every Exit is an Entrance: In Praise of Sleep.” Speaking of her own father who died of dementia she remembers the experience of “looking at a well-known face, whose appearance is exactly as it should be in every feature and detail, except that it is also, somehow, deeply and glowingly, strange.”

This is a clarifying description of looking into the face of a parent whose mental and physical functioning has deteriorated radically.

Another Christian writer I am reading and admire is John Donne.

His poetry has been work that I love. I have been reading his “Satires” which are not religious in character particularly. But I think of him as a preacher and someone for whom the Christian faith was the water in which he moved.

Finally, there is T. S. Eliot.

This poet has had a lot of influence on me. I recently reread entirely through his collected poetry and am now wading through two biographies alternating back and forth between them.

In each biography I am at the point where he makes his famous conversion to Anglicanism.  Put in the context of his work and life this is not as difficult for me to accept and understand as I thought it would be.

Eliot’s turn to Anglicanism is a turn away from the New England Calvinism of extended family. His mother’s religious poetry exercises a weird influence on him. But his own Christianity is in a more prophetic (and to me more acceptable) vein.

In fact, I was puzzled when I  recently listened to a entrenched Calvinist profess high admiration for Eliot. How does that work? I wonder. Eliot’s theology and poetry thunders at the Calvinism of his day. It would wilt the pollyanna Calvinism of people like Robert Schuller.

I have been rereading the Choruses from the Rock and finding that I resonate with them despite their Christian ideas. 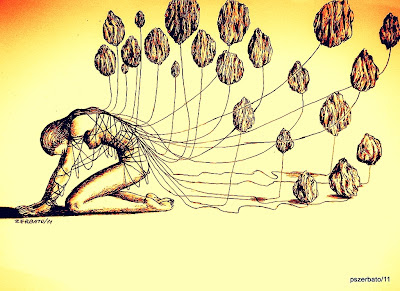 Lyndall Gordon one of the biographers quoted the line,”The desert is squeezed in the tube-train next to you.”

I was so taken with it I had to look up its context. Yup. Lovely.

Not Fox the news organization, but a fox who has learned to “to look at a narrow question from many vantage points and quickly readjust the probabilities was tremendously useful.”

David Brooks the author even mentions the book I am reading: Thinking, Fast and Slow by Daniel Kahneman. I do aspire to being a fox, but am probably a hedgehog: operating more from the blindness of preconceived notions.

Mary L. Dudziak’s observations in this article fit in nicely with Rachel Maddow’s exposition of the perverting of the executive war powers by all three branches of our government in Drift: The Unmooring of American Military Power.

Willa Cather Letters to Be Published as an Anthology – NYTimes.com

I love it when the scholarship starts to utilize newly available materials. I also like Cather and have read several of her wonderful novels.

Achebe is another writer I admire and have read. Sorry to see him go.