Eileen had to work yesterday so instead of having a day off with her, I did tasks all day. I started off with cleaning the kitchen and never got around to doing a blog yesterday.  Ran the dishwasher twice, balanced Mom’s checkbook and ours, did Mom’s bills and ours, farmers market, grocery store. Sheesh.

I did manage a couple of hours at the organ console. Recently purchased two volumes of Handel’s organ concertos. 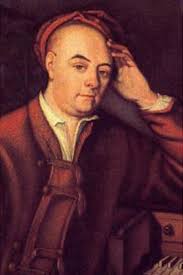 Yesterday as I worked I played Simon Preston’s recordings of them on Spotify and made note of his tempos. The edition I purchased was Herman Keller from 1954. I suspected his suggested tempos were a bit odd and sure enough they were much different from Preston’s.

I seem to be in a bit of a funk this week.  Not depressed or melancholy so much as blank and unmotivated. This too shall pass I am sure. In the meantime, I do read quite a bit. Here’s today’s links.

A follow up to a previous link. I find this story engaging. It makes me wonder how two people (the professor and student) who seem so connected to their lives ended up on the opposite sides of this controversy. I do ponder how much of it has been manufactured by the reporting.

2. The Bleakness of the Bullied – NYTimes.com

Confessional column by Charles Blow. Still heart rending to me, even if a bit over the top.

The 30s don’t seem to sound familiar to people in power in the US right now. Making the same mistakes.

Novel about a group of convicted sexual offenders who are forced to live in a homeless camp.  People on the margins always interest me. They seem to have a unique understand of what it means to be alive. I put my name on the wait list for this new book at the library.

New concept for me. One of my ballet instructors began talking about “booty pops” in class. Who knew?

The terrain of news gathering and reporting continues to shift.

7. Builders of Corn Mazes Hope to Lose Visitors, and One Actually Did – NYTimes.com