Having finished reading Fire on the Mountain by Anita Desai, I poked around on the web to see if I could find a review or analysis of this book. Everything I read seemed not to talk about the stuff that is most interesting to me in this book. 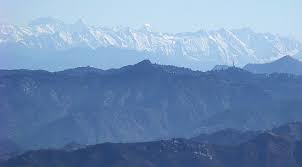 So. The bare bones of the plot are that Nanda Kaul is living out her old age in the her mountain home of  Carignano in Kausali. Situated on a ridge, this home looks out on the Himalayas to the north and the plains to the south.

She shuns human contact and even dreads the postman’s visit or the telephone’s ring. Her great-granddaughter Raka (the name apparently means “moon”) is sent to live with her. Raka likewise shuns human contact but in a different way. She is a wild solitary child who loves to explore and watch.  Nanda Kaul and Raka live uneasily with each other. Nanda Kaul begins to recognize herself in the young Raka, but neither can quite bring themselves to accept the other. On her part, Nanda Kaul gradually courts Raka with stories  about her past including wonderful stories of her life with her dead husband. Rake is silently impatient and bored with these overtures and continues to sneak away and explore the village and forest.

In the third section Nanda Kaul’s grotesque life-long friend Ila Das comes to visit for tea despite Nanda Kaul’s reluctance. For me, Ila Das is the fascinating crux of this story. Her voice is shrill and unpleasant.

“It was this cackle, this scream of hers…. that held all the assorted pieces of her life together like a string or chain. It was the motif of her life, unmistakably. Such a voice no human being ought to have had: it was anti-social to possess, to emit such sounds as poor Ila Das made by way of communication.”

Even Ila Das’s walk like her entire life is a series of uncertain and ugly lurches and starts. As we learn her story from her awkward conversation with Nanda Kaul, Ila Das has had a life of tragedy. She has been a victim of circumstances all her life.

Indeed when she arrives at Coragno, she is being followed and tormented by a gang of boys. Sometimes the local monkeys do the same to her.

The reader eavesdrops on the uncomfortable conversation at tea. It becomes apparent that Ila Das, though reduced to poverty having lost her job as a teacher, is at this point in her life a social worker of a sort eking out a very small salary visiting people in her village. She urges them to vaccinate their children and discourages them from marrying their daughters at age 12 or younger in order to procure property and wealth.

Her description of her activities at this time of her life is in contrast with her obviously repellent personality and mannerisms.

Nanda Kaul inwardly considers inviting Ila Das to live with her because she is struggling so. But predictably she does not.

Ila Das leaves Nanda and Raka for the long walk back to her village. She dawdles too long  in markets where she cannot afford to even purchase foods to prepare for her evening meal. One shop keeper feels especially sorry for her. The reader enters his mind and we see him listening to the cursing of the father of one of the families that Ila Das has badgered about marrying off one of their very young daughters.

As she arrives late to her village, this particular father attacks her, rapes her and kills her.

Nanda Kaul receives a phone call from the police who have found her name and phone number on a piece of paper in Ila Das’s bag. They ask her to come identify the body.

At this point Nanda Kaul thinks in shock that what she is hearing on the phone in her hand is a lie.  In fact her own life is a lie. We learn that all the wonderful stories she has been courting Raka with are lies.  Like Ila Das, Nanda Kaul has had a tragic life married to a man who does not love her.  While she is trying to accept this terrible turn of events, Raka quietly comes in and informs her she has set fire to the forest.

The books ends with this disturbing scene.

I love the complexity of the story. The characters are developed to such an extent that they are compelling believable even as we are repelled by their personalities.

All are victims caught in a web. Raka is still weak from typhoid. Raka’s mother, Nanda’s granddaughter, is described early on as “helpless jelly, put away out of sight” by the mistreatment of her husband.  Raka’s descent into mad violence seems inevitable as does the cruel death of Ila Das and the lies and bitter loneliness of Nanda Kaul.

The book is clearly and beautifully written. And there are many secondary details I have not touch on that complete the story such as the presence of a factory, the Pasteur institute, where rabies vaccinations are made and distributed and raids of the gangs of monkeys that torment the villagers.

One reviewer I read said it is a perfect example of “showing not telling.”

I love it when a book leaves me with a riddle that is such a believable echo of real life. 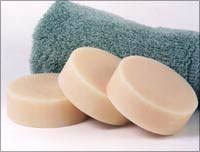 Bar soap, pill boxes, lists and weight loss. Simple solutions that are not always in fashion at present.

In Thailand, an Innovative Fight Against Cervical Cancer – NYTimes.com

Inspiring story of another simple solution….. vinegar turns pre-cancerous spots white so they can be removed. Cheap and effective where pap smears are not feasible.

I especially like the story of Dr. Kobchitt Limpaphayon of the Thailand royal family.

Stuff is happening in Russia.

In Britain, a Coalition Government, Increasingly, of the Unwilling – NYTimes.com

Fall is the time the UK parties meet and greet and speechify each other. It seems that politicians are the same the world over.

‘Diversity Bake Sale’ at Berkeley Is Priced by Race and Sex – NYTimes.com

Though I don’t agree with the Republicans who devised a bitter satire of a bake sale, their opponents seems humorless and needlessly serious. Whippy skippy.

Climbing on Washington’s monument to examine it for cracks. Very cool.

This is a letter that contests NYT reporting on this ongoing stuff.