I dreamed I was editing recordings. All of the equipment was crammed into a beat up old car. I spent a good amount of my dream hooking up different pieces of equipment. I looked up and the sky was lit up with the purples and beautiful light that comes at dawn or dusk. I asked someone standing near me if night or day was coming. They laughed and said day.

I went into the house.  People were leaving as if from a party. I noticed my father wandering around in pajamas. This quite disturbed me. Not that he was in pajamas but that he was even present. “Begone!” I said to him. He quickly darted around the corner. “Gone, gone, gone, yes my sins are gone!” I sang to him to him.  This is part of an old Christian camp song. It seemed to work. He began to shrink into his pajamas like the wicked witch of the west in the movie of Wizard of Oz. It was then that I noticed there were two of him.

Sure enough both of them were shrinking into pajamas. They had been wearing different patterned pajamas.

I turned and Eileen seemed to be just arriving. It was then that I noticed her foot was in a cast. I immediately set about helping her with it. Then I woke up.

I did work on recordings yesterday. Added another recording to the gig page [August 5th Lemonjellos gig link]

Three books by the recently deceased Tony Judt arrived via interlibrary loan for me yesterday. 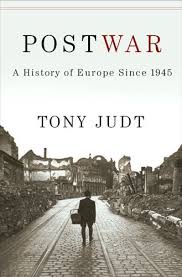 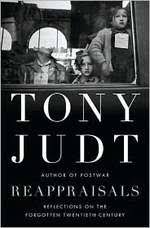 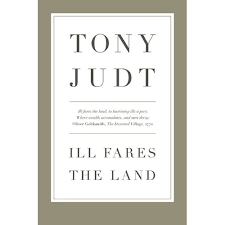 As in many cases, he came to my attention via his death. I read his essay, “Hannah Arendt and Evil” while I treadmilled yesterday (It’s in Reappraisals: Reflections on the Forgotten Twentieth Century. I put on the Band and it all seemed to fit together nicely. 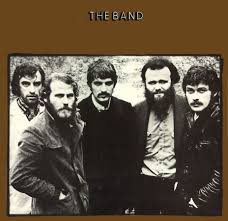 Hannah Arendt intrigued me with her idea of the “banality” of evil.

While I have difficulty believing in a supreme being in quite the way most people claim to,  evil seems real to me. The fact that it can be expressed in the ordinary or “banal” also seems exactly right.

Some excellent thoughts from Judt’s essay:

“In various essays and later in The Human Condition and The Life of the Mind she [Arendt] argues that evil comes from a simple failure to think.”

“They [intellectuals affected & uprooted by the two World Wars such as Milosz and Camus] were all ‘chance survivors of a deluge,’ as she [Arendt] put it in a 1947 dedication to Jaspers, and wherever they ended up, in New York, Paris, or Rome, they were constrained, like Camus’s Sisyphus, to push the boulder of memory and understanding up thee thankless hill of public forgetting for the rest of their lives.”

Judt quotes Arendt: “she reflected that ‘even good and, at bottom, worthy people have, in our time, the most extraordinary fear about making judgments [Jupe note: she is referring her to what is sometimes called “cultural relativism”] This confusion about judgment can go hand in hand with fine and strong intelligence, just as good judgment can be found in those not remarkable for their intelligence’ “

Wow. Evil coming from a failure to think is a concept that draws me in quickly. I spend a good of time rubbing shoulders with people who seem non-reflective about who they are and the context of their own lives. I’m not sure this is so, but   I do know that it possibly represents not “evil people” but it suggests to me a deep and frightening abyss of negativity or the blank  absence of  embracing living as both frightening and engaging.  This abyss of apathy or blindness could easily be labeled “evil”. And the idea of “pushing the boulder of memory and understanding up the thankless hill of public forgetting” also rings a bell in my life. I am constantly seeking context, both historical and person, that can help me understand.

The contrast between my own feeble quest for understanding and “public forgetting” does remind one of Sisyphus and Camus. And the metaphor of pushing a boulder seems to fit nicely my own interior struggle to make sense of much of life in the light of obtuseness and confusion in those around me.

But that’s just me.

Anyway, I like Judt. I started his masterwork, Postwar: A History of Europe Since 19445, just for giggles. It is a huge book and is talking about making historical since of most of the time I have been alive. I have some sense of history but these more recent times can be very confusing to me. I am hoping I can hang in there with this book long enough to learn a few things.

I’m still plugging away on Nussbaum’s Not For Profit: Why Democracy Needs the Humanities. Yesterday I read a passage where she quotes the Indian educator Tagore’s story, “The Parrot’s Training.”  Here’s a link to a decent translation of this story.

“ONCE UPON A time there was a bird. It was ignorant. It sang all right, but never recited scriptures. It hopped pretty frequently, but lacked manners.

Said the Raja to himself: ‘Ignorance is costly in the long run. For fools consume as much food as their betters, and yet give nothing in return.’

He called his nephews to his presence and told them that the bird must have a sound schooling.

So they make a golden cage for the bird in which it eventually dies. 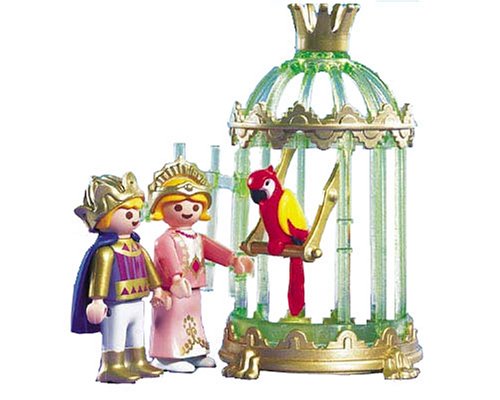 “Tagore hated every school he ever attended, and he left them all as quickly as possible. What he hated was rote learning and the treatment of the pupil as a passive vessel of received cultural values.”

Nussbaum is building an argument for the necessity of the literate imagination and cultivated critical thinking that grows out of the arts and philosophy. She is along with many others myself included troubled by the dominance of economic metaphor and thought in public rhetoric and the new educational theories.

On another note, I did spend quite a bit of time with Couperin and Bach at the keyboard yesterday. Finished playing the 3 part inventions and moved on to reading through the Goldberg Variations once again. This music is wonderful. I hate to sound quite so goofy and positive but it really is a privilege to be able to bask in it.

I do love the fact that the IMSLP web site has so many of the original editions of great composers like Couperin and Handel online for the perusing and copying. http://imslp.org/wiki/Main_Page

This is the kind of thing that I am thinking of when I start getting all enthusiastic about the Internet.

Yesterday I was playing in Brahms’s wonderful edition of Couperin that one can purchase from Dover. He retains Couperin’s own notes. Once in a while Couperin will refer to a page of his text, The Art of Harpsichord Playing (orginally L’art de toucher le Clavecin). Of course the modern edition that retains the French side by side with an English translation is not paginated like the original. But there it sits online. [link to its page on IMSLP] So I was able to look up the original page and find it in my edition. Cool beans.