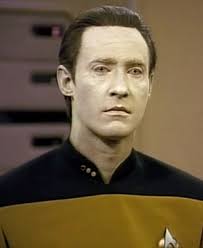 I have been pondering this phrase ever since I heard it on “On the Media” ‘s segment on the “Quantified Self” from their May 13th show about data.

I’m honestly not sure what the phrase means, if anything.

Here’s  some definitions I found using the google “define:” command:

1. Facts and statistics collected together for reference or analysis.
2. Things known or assumed as facts, making the basis of reasoning or calculation.

1. Facts provided or learned about something or someone

1. Information and skills acquired through experience or education; the theoretical or practical understanding of a subject

Both definitions of “data” and “information: talk about “facts.”  I wonder what the speaker on the radio really meant by his little phrase describing his own use of quantifying his activities.

Maybe something like statistics & facts (data) and learned about something (information) compiled and organized help basic understanding (knowledge).

I still have the uneasy feeling that the phrase doesn’t mean much due to the lack of clear definition of the terms of the speaker.

Makes me think of this video my daughter recently shared on Facebook:

I find it humorous and mildly disturbing how much of the gobbledygook spoken in this video actually made some sense. Yikes!

I do know that the idea of collecting data about my activities is something I do. Every morning I record my daily weight & blood pressure. Later on the same sheet on my fridge I make a note of how many hits this web site has received in the last 24 hours (I check the counter and write down the number…. as I mentioned in recent comment to Ray Hinkle, I get about 50 hits a day). Recently in response to some of the ideas on this particular “On The Media” show, I have started back in doing some exercise in addition to my daily treadmilling.  I have started recording a combined total of minutes exercised each day. For the last five days it has been 40 minutes on the treadmill and 6 minutes dancing in front of the Wii using the “Just Dance” program we borrowed from friends.

Later in this same segment, Gary Wolf, co-founder of the website: “The Quantified Self,” points out how inter-related human behavior is. Each of us is a complex of habits and behavior. It’s difficult to make a large change in one part of our web of activities in isolation. He gives the example in his life of trying to significantly increase the amount of time he exercises. For a while, it worked. But then for weeks he went to zero exercise. His conclusion is that the advice to “go for it,” can be unhelpful. Better to add, in his words, as little as possible to your routine. You will be more likely, he implies, to sustain a small increase than a large increase. Rowell is a violinist with the string quartet,  Ethyl. I bookmarked this interview to listen. I warn you that the only way I could get the mp3 to play was to download it. When I clicked on the site it was silent.

I’m listening to online excerpts of  this interesting recording by Ethyl of compositions by 11 young people. I like the ones you can stream so much that I just purchased the CD. I think this music sounds very cool and look forward to hearing the rest of the compositions when this CD arrives.

Student threw eggs and shoes at the man who apparently is most responsible for restricting web use in China.

The Siege of the Freedom Riders – NYTimes.com